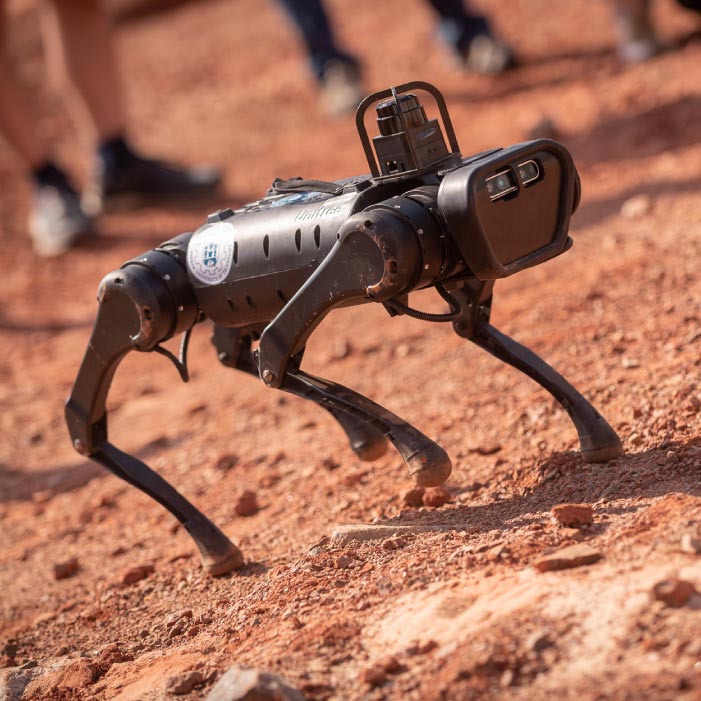 It’s been 6 years since I’ve first attended the European Rover Challenge. One might ask, why does a lawyer observe a robotics competition, it’s not the European Lawyer Challenge, nor a robot moot court?

The Rover Challenge consists not only of the track, where rover teams perform tasks and compete, but also accompanying events such as discussion panel and lecture. Meeting students, team member as well as professionals gives one an insight into new ideas and emerging trends in space technologies, new concepts as well as approaches to space exploration and utilization.

Take 3D printing structures from regolith as an example. It might not be a lawyer’s job to understand the intricacies of separation, printing or material science, yet it may be the lack of understanding between lawyers, scientist and engineers which would cause the gears of space exploration and utilization to grind. While engineers are looking into extracting, utilizing in situ, storing or transporting resources obtained from celestial bodies down to Earth, most lawyers tend to see them both as “space resource activities” and throw them into the mangler of “My Lord, is that legal?”. While other engineers and biologists discuss the use of bioarchitecture or tailored organisms for space resource utilization, agriculture or lifesupport, lawyers haven’t yet recognized such organisms as space objects.

There are many questions in space law, such as the issues with formation flying or swarming robots in orbits (Earth, Lunar or Martian) as well as with the legal status of products manufactured from space resources, which would later form the basis of novel scientific, logistic or industrial space objects, not yet discussed in the broader sphere of corpus iuris spatialis. It is up to scientists and engineers to guide lawyers and policy makers to better space regulations and programs.

Take for example of the space debris and wreckage problem. There is multitude of possible approaches, some technologies have already been demonstrated (both externally deorbiting and prolonging the lifespan of a space object), yet the legal sphere still doesn’t seem to have a consensus on the legality of deorbiting ones debris by a foreign party or even salvaging it or upcycling some parts cannibalized from the original object. Engineers know that burring upon re-entry is wasteful and we should look into reusability or even in-situ recycling.

They need to show this to lawyers and policy makers, who instead of showing doubt about the legality of such operations, will make it legal and help to make it a global policy. That way everybody succeeds in space. Through mutual understanding, learing and cooperation.