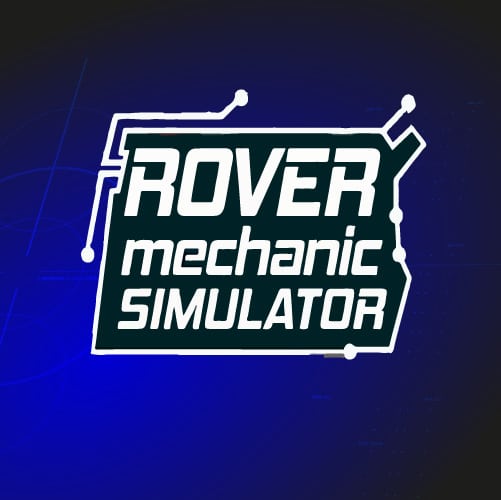 Sign up for the ERC Rover Mechanic Challenge e-tournament!

For the second time, we are joining forces with Pyramid Games!

You can take part in the second edition of the ERC Rover Mechanic Challenge e-tournament, starting September 10. If you are interested in robotics and computer games are your passion, take part in the competition. Registration is open until September 9.

More information about the e-tournament:

𝗘𝗥𝗖 𝗥𝗼𝘃𝗲𝗿 𝗠𝗲𝗰𝗵𝗮𝗻𝗶𝗰 𝗖𝗵𝗮𝗹𝗹𝗲𝗻𝗴𝗲 is an e-tournament, during which players compete to repair Martian rovers as quickly as possible in a special version of Rover Mechanic Simulator created in cooperation between Pyramid Games and European Rover Challenge 2021.

About the competition: After closing the registration, random tournament ladder will be created, including all the registered participants. The matches will be played in the single elimination system and each one will include from 2 to 4 players – the number of players depends on the number of participants. Participants will be given a contest task – tasks will be randomly selected for the participants depending on the game starting time. Their goal is to complete the task as quickly as possible (repair the Martian rover to the condition required in a given task) in each of the 4 rounds with the lowest resource consumption possible. The ranking list will be created on the basis of the scores obtained during the game. Depending on the results, every match will end with an elimination of one player, while the others will progress to the next round.

Prizes: The main prize: The participant occupying the first position wins the ability to remotely control the rover on MarsYard after the end of the ERC competition for a maximum of 60 minutes via the Internet. More information about competition and prizes can be found in the OFFICIAL RULES.

ERC Rover Mechanic Challenge Schedule: The contest will be held during the ERC 2021, on 10th–2th September 2021. Detailed information regarding the tournament, including detailed schedule, as well as rankings and scoreboards will be published on a special Discord channel dedicated to the event and sent to players via email provided during the registration. Keep in mind that you don’t necessarily have to participate in the competition as a Player to take part in the event. Our Discord server is open – if you’d like to observe the competition, all you need to do is join our Discord server here and find the RMC channel: LINK