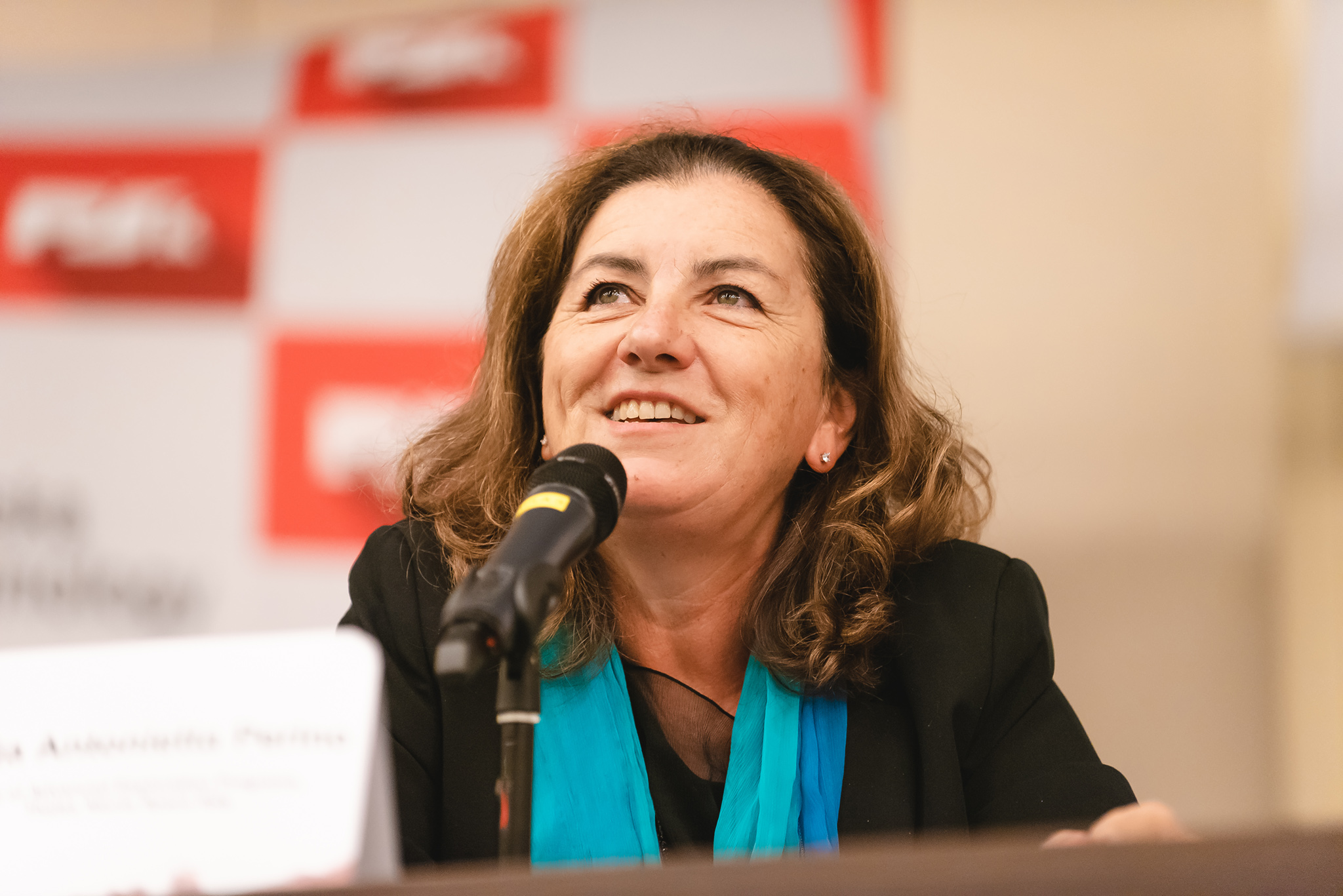 Maria Antonietta Perino about robotics and women in space exploration

Are we already technologically advanced enough to colonize Mars?

I don’t think so. Colonization of Mars requires a complex infrastructure to be in place and interdisciplinary operations to happen. We certainly are working in the direction of developing necessary technologies to sustain life on the Red Planet. First missions will be short and have a limited crew of possibly 5-6 people with expertise in engineering, medicine, psychology, geology and science. That’s how the new adventure for human-kind will begin, which I truly believe will end up being a colonization type of structure.

Opponents of going to Mars say we should focus our efforts and budgets on fixing problems on Earth instead of seeking life on another planet. How can Earth benefit from technologies designed in space sector?

We’ve started working on space technologies, let’s say 60 years ago and the number of benefits we already get out of those activities is countless. In fact, there are whole catalogues where you can read about spin-offs that designed the technologies and products for space sector and then repurposed it for Earth. We’re talking about miniaturization of mechanisms to treat cardiovascular system, developing computerized tomography or creating artificial heart pumps using technology designed for the space shuttle’s fuel pumps. Our life is interchangeably intertwined with space technologies, to name the least weather forecast, Google navigation, Internet, but also wireless headphones, scratch-resistant lenses, cell phone cameras. Even diapers for infants as you know them first started as a need to make astronauts’ life easier.

There is one more thing that in this context is extremely important to me. Space offers human-kind the possibility to free ourselves from the idea of frontiers. In that sense, International Space Station is a beautiful example of a place where many nationalities can work together on a common goal. And here is the thing: when astronauts look outside the window of the observatory cupola that my colleagues in Thales Alenia Space designed and built for the European Space Agency, they see Earth and they can recognize mountains, rivers or different shapes on our planet but there is one thing they don’t see: borders.

Just around the corner from where we talk, 28 teams from 5 continents compete in European Rover Challenge. They take part in four field tasks demonstrating the capabilities of rovers which they had spent several months designing. What goals are set in front of the next generation of rovers in the field of space exploration?

Rovers in space exploration are essential to collect information about the environment, the terrain or to send us pictures of the surface and as we know – based on robots that work currently on Mars – they already do a great job. But as we push the progress in space sector forward it becomes clear, that what we need from rovers is something much greater: a team companion that is going to work hand by hand with astronauts and assist them in performing various operations. We already have automatic rovers, currently we work on pressurised rovers which are a combination of an habitat and a mobility system that will allow the crew to explore zones located far away from the base. On top of that we design rovers that will provide the crew with bigger autonomy up to 100 km of exploration range. We need people who are going to develop those technologies and in the light of that, competitions like the European Rover Challenge are of a great value in terms of stimulating creativity. What’s particularly great about ERC is that it allows young engineers to test their ideas and designs in conditions that imitate those on Mars.

This year we celebrate the 50th anniversary of landing on the Moon. What do you predict will be the next giant leap for human-kind we will have a chance to celebrate in 50 years?

This may seem like a tricky answer but I think the next giant leap for human-kind will be proving that we can perform the same step again. But not like in the Cold War fashion where a lot of resources were made available to prove a political supremacy. Now what matters is science and technology development: completing the construction of new transportation systems that will allow us to land people on our natural satellite safely and to perform exploration activities. That will certainly be the core of the next space milestone and I’m excited to see that is currently happening. I have been working in Moon and Mars exploration for the past 30 years. When I was 8 years old I saw the first men walking on the Moon, and I am really excited that in few years we will see a crew stepping on the Moon again. My big hope is to see in my lifetime the first people walking on the Red Planet.

What is it like to be a female engineer in European space sector? Do you consider your career path to be rugged and harder than your male colleagues?

What was it like when I started working in that sector 30 years ago: it was a beautiful but also challenging journey. We – the women – had to show that we were in the right place, we knew what we were doing and we could contribute to our field. Being a female in an industrial world is not easy. You are allowed to climb the steps up to a certain level but reaching the very top depends to some extent on people you work with. In my professional career I had the pleasure and honour to meet and interface with many extraordinary people like Buzz Aldrin, who really inspired me. My company also supported my personal development –  I have always felt free to express myself and work in my own female style. Sometimes it is a very different style with respect to my male colleagues’one, but diversity and different viewpoints can generate more valuable results. I have always felt respected and I’m proud to say “I’m a woman, a female engineer working in the space industry, doing my best to contribute to the next giant leap”. 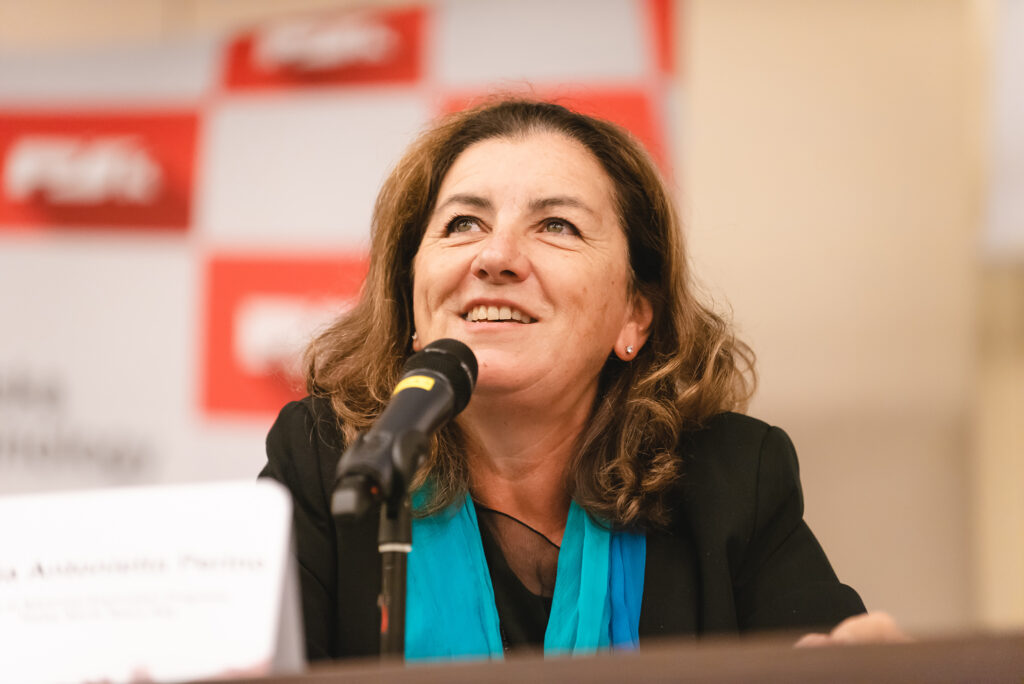 Maria Antonietta Perino. She has been working at the Thales Alenia Space, Turin since 1986 as ESA and ASI Programme Manager connected mainly with ExoMars, Mars Sample Return and Aurora Core Program projects where she is now Space Associations Relations Director. Maria Antonietta Perino also is a member of European Rover Challenge Advisory Board, as a special guest she appeared at ERC in 2018 and 2019.