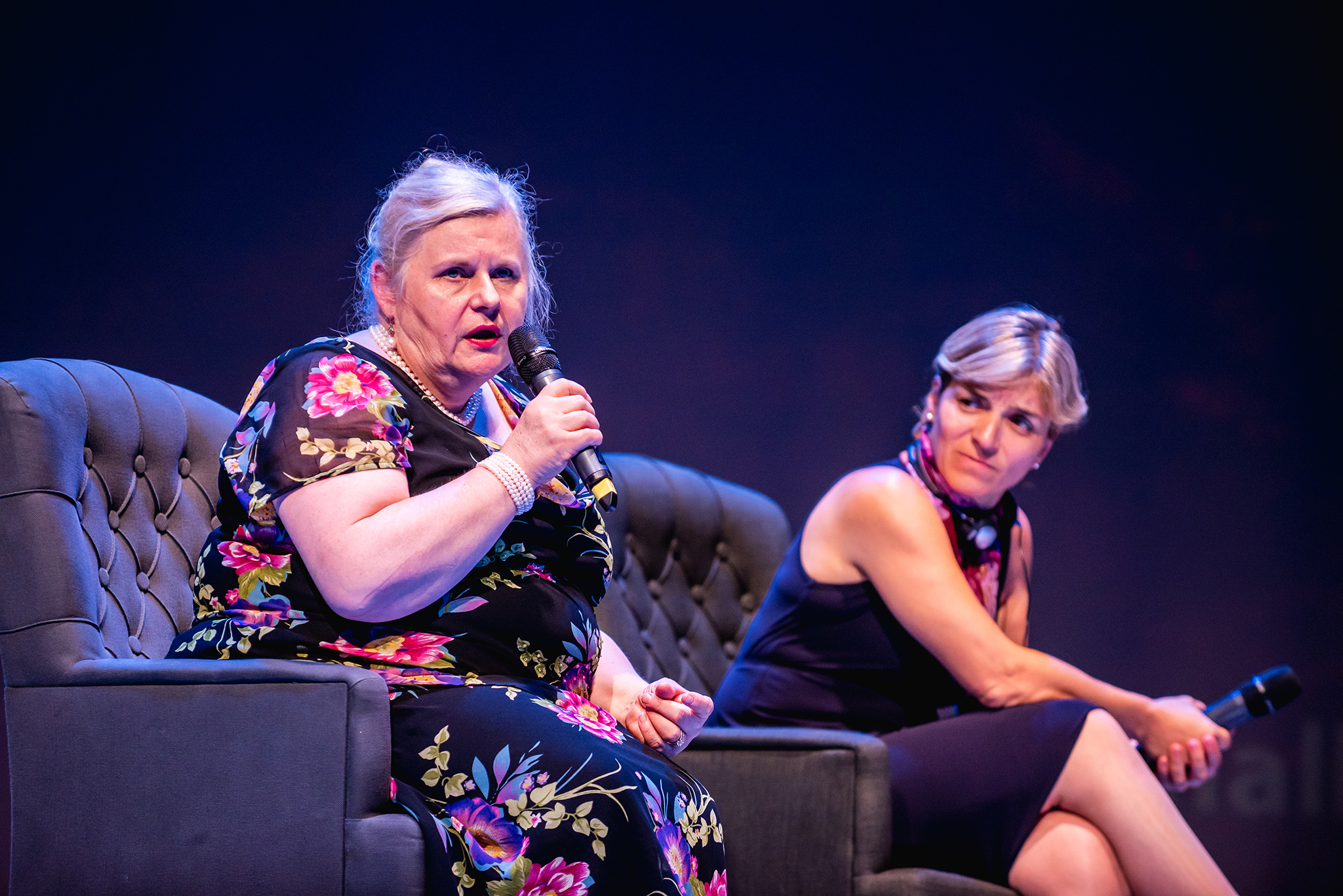 Why should we spend trillions of dollars needed to colonize Mars, where this money could be better spent on fixing problems on Earth: renewable forms of energy, addressing climate change, better protection against collisions with near-Earth objects?

Well, this is absolutely the wrong premise because you actually need space to solve all the issues that you mentioned. First of all, spending money on space sector doesn’t mean sending it to the space. We give salaries to people who are well equipped to solve interdisciplinary and complex problems regarding space. While doing this, they also solve issues that you named like those connected to the climate change. Without European Copernicus satellites that cost billions of euros, the Europe at the moment – and I’m not talking just Europe because the data from Copernicus program is available for anyone to use on the planet – wouldn’t know as precisely as we do now what’s going on with climate, with fires in the Amazon forest etc. So saying that we are spending money on the space while we should spend it elsewhere is completely wrong because actually we’re spending it on solving all the major problems on the Earth. And we’re doing this using space as a prop to make it possible to concentrate on the problem in different ways than just panicking: oh God. oh God. oh God, climate change is coming.

You are the advocate of the idea that human will walk on Mars in 2033. What does need to happen, in terms of technology and law to make it work?

Regarding law, I’m not sure there is anything that needs to happen. The basic rules, that prevent people from creating a Banana Republic in the space with one principle: the strongest take everything have already been placed in the Outer Space Treaty in 1967. What this document basically says is that space is owned by all of us human beings. What we need to regulate now is what happens when I have a company, I go to space, find an asteroid and start mining it. Is this legal to do? Can I sell products based on that action? That needs to be regulated but to do so we can easily apply here several branches of Public International Law.

When it comes to technology, one of the biggest challenges right now is building a lander that is capable of landing safely 40 000 kilograms. And this is not just the weight of the lander and four-six people crew. We’re also talking here food for several months, science equipment, suits to wear outside. Together it makes about forty thousand kilograms and that is without the weight of rover and elements of the habitat that could potentially be send to the planet earlier. To show the scale of that challenge it is suffice to say that at the moment the heaviest package we have landed was only a thousand kilograms and that was the Curiosity rover.

Another field that we need to improve to make us safer in space is a medical sector. You see, what happened to Scott Kelly during his 340 days stay on ISS (the astronaut’s eye developed a thicker retinal nerve which might long-term impair his vision ed.) doesn’t happen to every astronaut. What’s more, he’s been to space several times before for a shorter period of time and it hasn’t occurred then. So we need the technology and knowledge to assess what caused his problems and as a result who else is in the spectrum of the risk. Because if we can predict that you might develop a similar vision problem and I won’t, then we will know which one of us can safely be sent out there.

Of course those are just the highlights, we could talk for hours about what else need to be improved. The space suits could be better, the rovers could be better but those are not considered the showstoppers. After all, it’s just the matter of scale, we already have the technology to develop it, we just need to make it stronger, safer and more robust.

Right next to where we talk, 28 teams from 13 countries compete in European Rover Challenge – the international Martian rovers competition. If our next goal is to design robots which will perform action by themselves rather than just assist people, isn’t it better to colonize Mars with rovers instead of humans?

Until we are truly capable of developing robots with artificial intelligence, humans with their intuition are always going to be considered first choice for space missions. A robot can be trained in geology, but it takes a scientist with an intuition to know which rock to take from the surface. A rover will scan all the rocks, which is going to take quite a bit of time and even then it still won’t know for sure whether it should examine closely this piece of stone or another. So if we want to conduct scientific work in space, highly trained and experienced scientists are still our go-to people.

Now, when it comes to competitions like European Rover Challenge, I’d like to point out another perspective on what we do here. The better we get in building autonomous robots, the more we can use them here on Earth for managing our current issues, one of which is ageing population of the Western Society. The number of elderly people is growing bigger and bigger and we need to take care of them properly. What if we could use robots for that?

Of course we are yet far from developing a technology that would make robots interactive and human-like. But things move fast. When I bought first Amazon Echo five years ago, it was a very stupid machine. It still is pretty stupid now but it has improved over the years: it can read my emails back to me, command smart home devices, phone my friends, take my calls etc. In 20 years, machines will be so much more developed and ERC is a part of that movement of building better devices and encouraging young engineers to do so. The generation of people who come to this competition has 40 years of work life ahead of them. They will become valuable employees for companies which want to build better machines that will have a chance of solving very human problems like: how do I take care of my grandparents?

Let’s say we start living on Mars. What sectors of industry do you think will appear first on the Red Planet?

Oh, that’s easy: food! You know, there are a few basic things that humans need: food, water and a roof over your head. You can build a house on Mars using materials that are already there. The same way Romans used concrete to make their houses which, as we know, have lasted for thousands of years. Then you want to start growing crops. And that is because the more you grow there instead of importing from the Earth, the more self-sufficient you become. With the use of crops you provide not only food but also clothes or sheets or even beds which you can make out of bamboo.

Is option of interplanetary commerce feasible? What would be the products of such cooperation?

If we find a way to develop those cyclers that Buzz Aldrin has been propagating for years – but not only him, also the company called Aerojet Rocketdyne takes the idea of building a cycler very seriously – then the idea of interplanetary commerce is feasible. When we say cycler what we think of is a spaceship in a shape of a boat that travels between the planets (in our case Mars and Earth) on an elliptical trajectory at the same speed carrying people or materials. If we establish such a spacecraft, we could potentially transport from Mars some rare metals or minerals to use in a high-tech industry. However, I strongly believe robbing the Red Planet of its natural resources just because we were able to put humans there is not a way we should proceed in terms of space exploration. 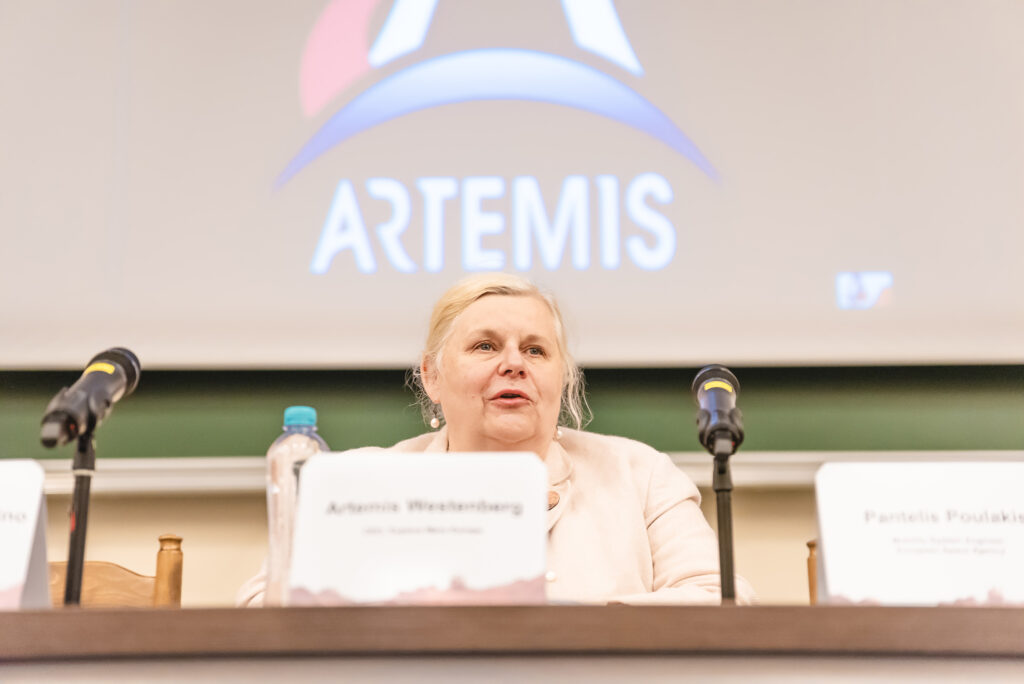 Artemis Westenderb is President and Co-Founder of Explore Mars, Inc. as well as a member of its Management Board. Since 2000 she has been involved in the activities connected with space explorations as the President of the Mars Society Netherlands and a member of the Steering Committee of The Mars Society Inc. In 2018 and 2019 as a special guest she participated in the fourth and the fifth edition of the European Rover Challenge – the international Martian rovers competition.