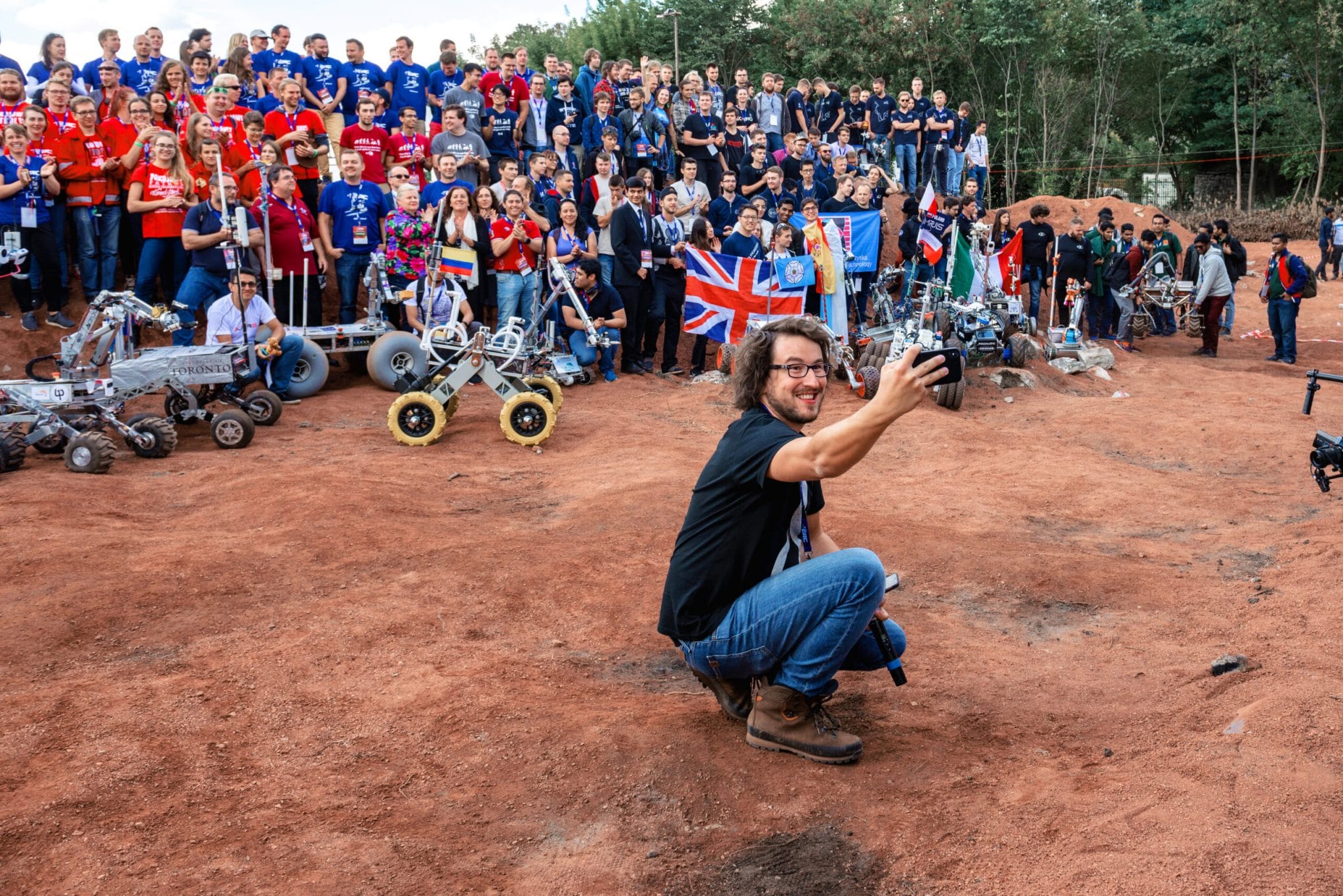 They love science, they know how to tell stories about it and they want this passion to be shared with everyone. In September they will come to Kielce to meet ERC visitors, competitors and their fans. We would like to introduce to You our this year’s special guests.

As he says about himself: a night sky enthusiast, a popularizer of astronomy, a scientific journalist and a TV presenter.

He spends most of his time looking for the most beautiful astronomical phenomena, whether on the Bieszczady trail or on the terrace of his own Home. Those moments when  not looking at the sky, he spends running the biggest in Poland astronomical fanpage “Z głową w gwiazdach” (With head in the stars) on Facebook, organising astronomical and scientific trips and being a guest at TV and radio programmes. He cooperates with Gazeta Wyborcza and has hosted programmes on Discovery Science and TVN Turbo. He teaches astronomy at primary school, and for eight years he was associated with the Copernicus Science Centre. In 2015, he received the Popularizer of Science award from the Ministry of Science and Higher Education, and the Polish Press Agency.

During this year’s finals, the ERC will once again be the host of the event.

A true multi tasker. He studied to be a physicist , but ended as a journalist. He works as a radio and television journalist, writes books and runs a website, a fanpage and a popular science vlog Nauka.To Lubię (Science.I like it).

He conquered the hearts of the fans by telling them about difficult things in an accessible and understandable way. In his materials he explains the issues of astronomy, physics and chemistry. He talks about man, Earth, technologies and everyday life, discovering known and unknown secrets of the universe. In Program 3 of the Polish Radio he answers “Questions from space”. In his Sunday Guest, he is the head of the “Science and Economy” department, he is also the host of the scientific section of Teleexpress TVP1. He hosted the programme “Sonda 2” on TVP, cooperated with  TVN, “Wiedza i Życie”, “National Geographic”, “Gazeta Wyborcza” and “Rzeczpospolita”. He is the author of four popular science books and plans to publish more.

The most dynamic astronomical channel on the Polish Youtube. Films created by a team of enthusiasts led by Piotr “Kosa” Kosek are intended to show everyone how fascinating the space is. If so far you associated physics at best with boredom, and astronomy with a horoscope, Astrofaza  will change that. Intriguing topics discussed on the vlog, a charismatic leader and a large dose of substantive knowledge –  this is their recipe for success. Thanks to their unearthly passion for action, they have a real impact on the popularization of astronomical knowledge in Poland, even among those who slept through physics lessons.  They have been on Youtube since 2013 and since then they have gathered over 260 thousand of fans there, and have built the AstroMisie community, bringing together students, astronomy enthusiasts and researchers on Facebook.

During the ERC, the Astrofaza team will provide live broadcast  in social media. Look for them at the event  area and maybe you will be invited to perform on their channel!

Popularizer of physics and promoter of technological achievements, journalist, speaker and academic lecturer. For over 60 years he has been explaining the secrets of science to children and adults through unusual experiments and engaging shows. Since 1957, he has been associated with the 1st and 4th Polish Radio programmes, where he conducted popular science programmes. He made over 900 episodes of various programmes for TVP television, including the legendary „Laboratorium” and  „Kuchnia” , thanks to which many viewers discovered their vocation to science. For 20 years he has been a lecturer at the Warsaw University of Technology and he constantly travels all over the country with his popular science shows bringing children and adults closer to the issues of chemistry, physics and astronomy. For years, he had been publishing popular science books and books devoted to presentation techniques and self-presentation. Since 2017, he has been running a Facebook fanpage “Wiktor Niedzicki o Polskiej Nauce ” (Wiktor Niedzicki on Polish Science).

At the ERC, he will be running his own stand called Laboratorium Wiktora(Victor Laboratory), where, with the support of a group of assistants, he will demonstrate fantastic experiments that will delight both children and parents.