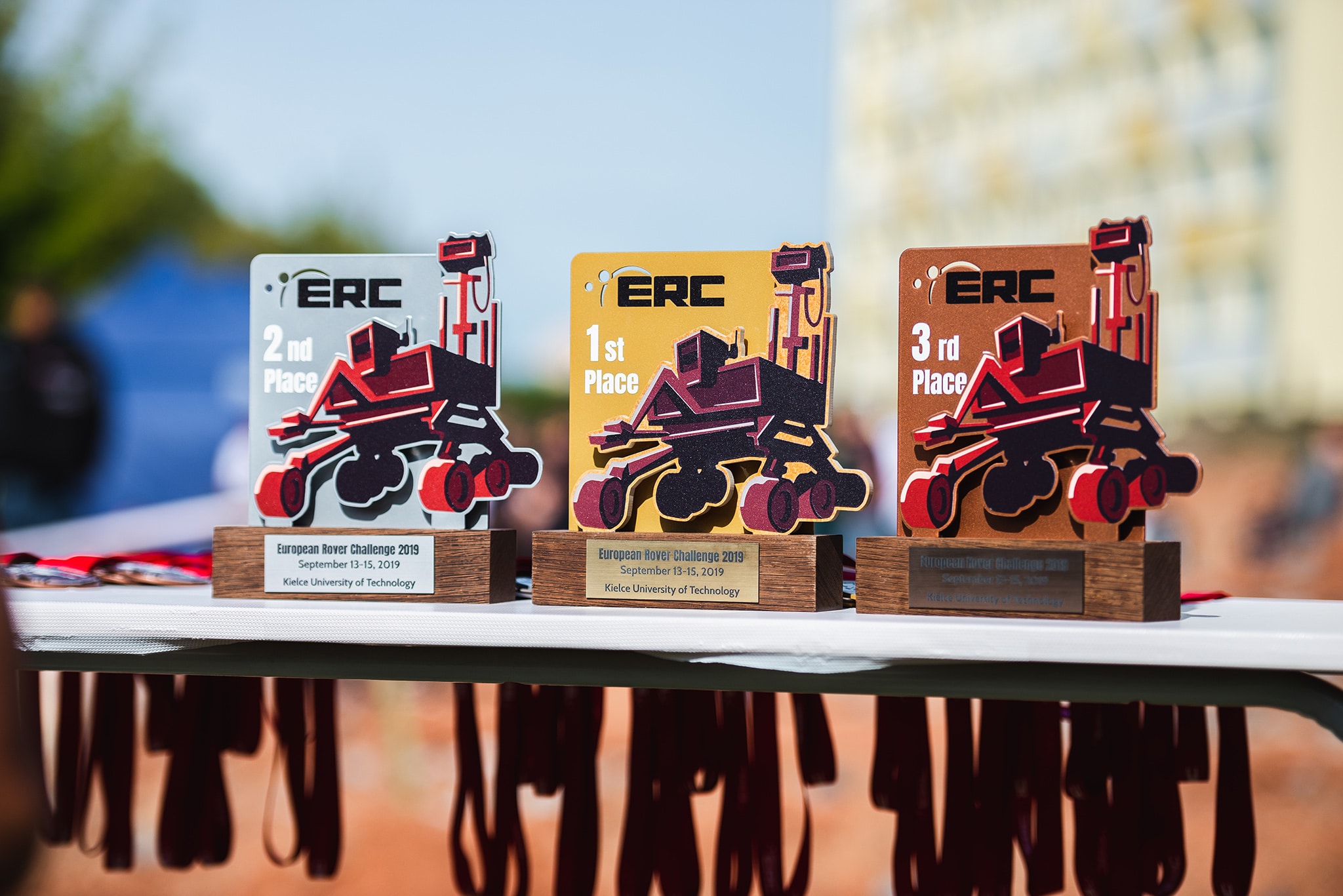 For the fifth time constructors from all over the world competed in the international Martian robots competition, ERC. The IMPULS Team from the Kielce University of Technology turned out to be unrivalled among 28 teams from 13 countries that came to Kielce this year. The second place was taken by the AGH Space Systems Team from the AGH University of Science and Technology, followed by the team RoverOva from the Technical University of Ostrava. Apart from the competition itself the event was accompanied by the Science and Technology Show Zone as well as the industry and business conference.

The three-day event was the culmination of a several month-long stage in which students from technical universities from five continents had been designing and constructing fully autonomic Martian robots under the guidance of their mentors. Their struggles in the Mars Yard were followed by Steve Jurczyk, Associate Administrator at NASA, who emphasised the importance of such competitions as ERC in developing the soft skills of future space sector employees:

Everything we do in the space business is done in very large teams. So, ability to work in a team and communicating with specialists from various sectors is really important, as well as technical skills. ERC competition teaches participants that every big project is a sum of smaller activities and all of them need to be successfully performed in order to make the whole thing work.

The fifth edition of the competition attracted participants from the farthest corners of the world. Among the teams there were representatives of such countries as Germany, Great Britain, Australia, India, Turkey, Colombia and Bangladesh. There was also a strong representation of 13 teams from Poland competing in the challenge. In a specially designed Mars Yard, whose surface was geologically extremely complex this year, the contestants competed in four field tasks to demonstrate how their robots were prepared for space missions.The jury, which consisted of engineers, planetary geologists and GNC (guidance, navigation and control) system experts used in space missions, had no doubts.

The IMPULS Team from Kielce turned out to be the best. The second place on the podium was taken by the AGH Space Systems Team and their Kalman robot. The bronze medal went to the representatives of RoverOva from the Technical University of Ostrava.

Once again, the ERC has demonstrated the scale of young robotics talents and the level of advancement of their projects. The winners not only outclassed the competition, but they are also the first team in the world that won two the most important international Martian robots competition in one year. It is hard to find a better proof of the potential of the future space sector staff – summarises Łukasz Wilczyński from Planet Partners, the founder and the main organiser of the event.

The contestants themselves also have no doubts that participating in the ERC brings them measurable benefits. After the competition, members of the MarsWorks Team from the University of Sheffield in Great Britain wrote on their Facebook:

We have learned much over these last few days after having the privilege to partake in this amazing event. The European Rover Challenge is so much more than a competition. It is a stage where like minded Engineers and Scientists can meet to exchange ideas and knowledge, and to share their passion and experience in the Space Industry. We’ve met some great people and will be sure to keep in touch with them now that the competition has ended. 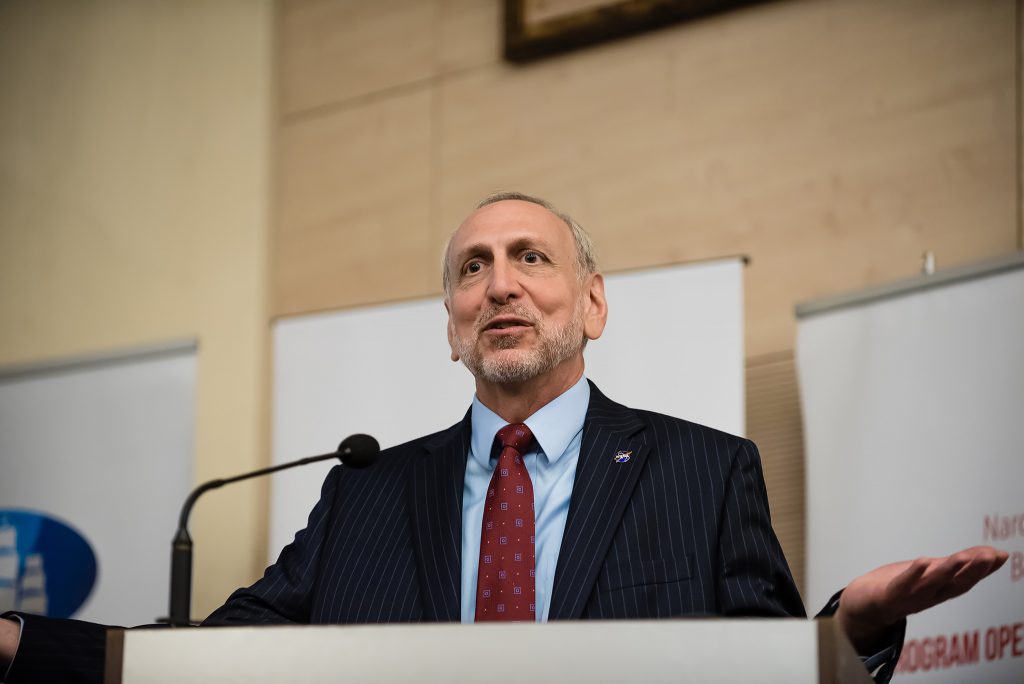 This year’s edition of the ERC was accompanied by the industry and business conference. Among the speakers there were representatives from the European Space Agency (ESA), Polish Space Agency (POLSA), German Aerospace Centre (DLR) as well as leading companies from the European and Polish space sector, such as GMV, SENER, Airbus, Thales Alenia Space and InnovaSpace. The subjects discussed at the conference included the cooperation between companies from the space sector and entrepreneurs operating in different branches of economy as well as commercialising space technologies on the example of real deployments in the medical and ICT sectors. Apart from the Associate Administrator at NASA, discussions about the directions of space exploration were attended by Gianfranco Visentin, Head of Automation and Robotics Section at ESA and the coordinator of the European space robotics consortium PERASPERA, Maria Antonietta Perino, Head of Advanced Exploration Projects at Thales Alenia Space, Pantelis Poulakis, Mobile System Engineer in the ExoMars mission of the European Space Agency, as well as Artemis Westenberg, CEO at the Explore Mars non-profit organisation.

Like every year, the Science and Technology Show Zone during the ERC attracted tens of thousands of visitors. It was thanks to over 40 exhibitors who prepared lots of space attractions for visitors. There were workshops in building rockets and stratospheric balloons, hologram shows and an opportunity to complete an analogous Mars mission with a mini robot waiting both for the younger as well as the older enthusiasts of science. Chemical and physical experiments conducted by Wiktor Niedzicki – the author of the “Laboratorium” (Laboratory) TV show very popular in the 1980s and 1990s – also attracted many visitors. Additionally, the Rover Mechanic Simulator game created by Pyramid Games had its premiere at the ERC. 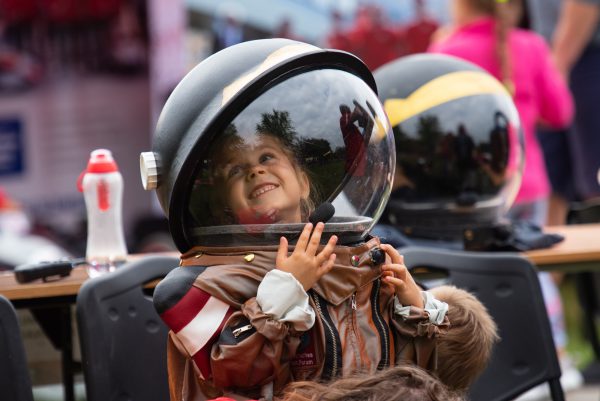 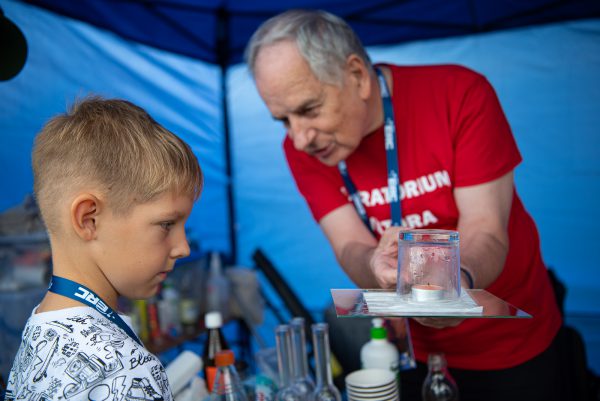 The final of the fifth edition of the international Martian robots competition, ERC 2019, took place on 13-15 September 2019 r. at the Kielce University of Technology.

The European Rover Challenge 2019 was co-organised by the European Space Foundation and Starachowice Special Economic Zone as well as Mars Society Polska, Świętokrzyskie Voivodship authorities and Kielce University of Technology in collaboration with the City of Kielce and the Kozminski University – co-organiser of the mentoring and business conference.