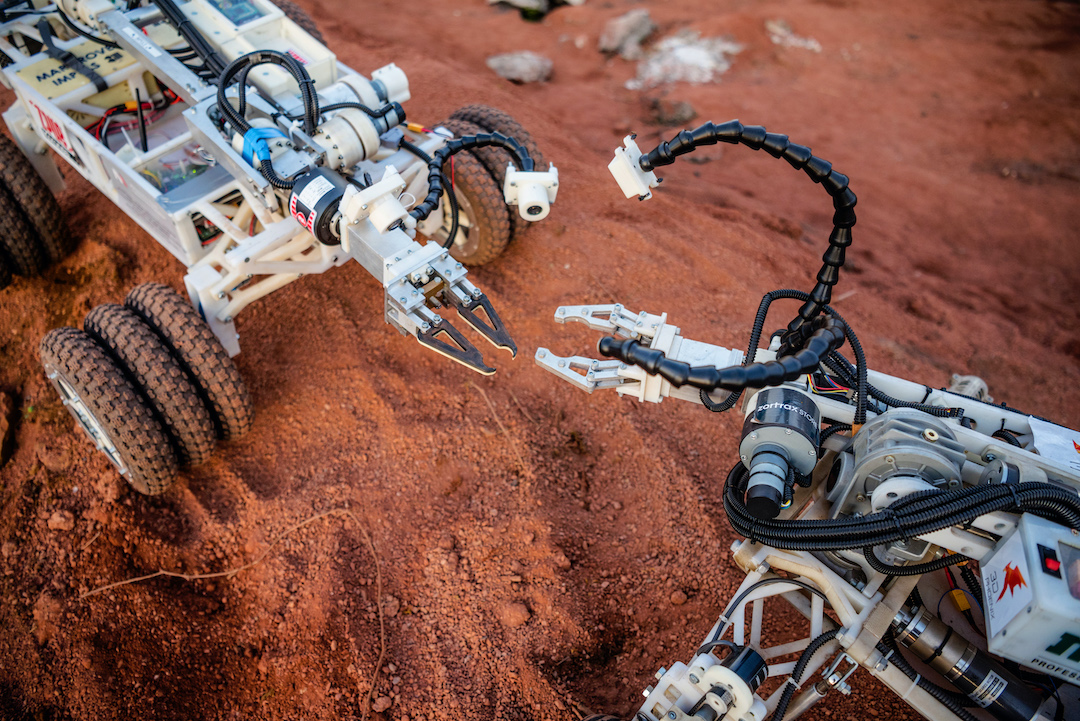 Guests of the Mentoring and Business Conference

This year’s final of the ERC competition is accompanied by the Mentoring and Business Conference for the first time. The organisers’ objective is to create a space to establish contacts, exchange experiences and meet representatives of the space and technology sector from all over the world. Therefore, they have invited many professionals, including entrepreneurs and scientists who deal with developing technologies and exploring the space. They can all be met during the conference in Kielce.

To attend the Conference You have to be registered. Registration form is available at our website.

Since he was appointed Associate Administrator at NASA in May 2018, he is the highest-ranked civil person in the organisation’s hierarchy. He has been involved with NASA since 1988 when he started working in the Electronic Systems Department at the Langley Research Centre. During his work there he had been engaged with various researches, technologies and engineering projects that were later applied in all areas of NASA’s activities.

Gianfranco Visentin – Head of Automation and Robotics Section at ESA

Involved with the European Space Agency for over 25 years, he is mainly dealing with the development of automation and robotics. Currently he is responsible for developing the ESA’s strategy with regard to research and development as well as for coordinating cooperation with other European research organisations. He also coordinates the PERASPERA (AD ASTRA) programme of the European Commission.

She has been working at the Thales Alenia Space, Turin since 1986 as ESA and ASI Programme Manager connected mainly with ExoMars, Mars Sample Return and Aurora Core Program projects where she is now Space Associations Relations Director.

Founder, CEO and Scientific Director at InnovaSpace. She founded and for 18 years coordinated the Microgravity Centre in Brazil which specialises in researches on the space physiology of a human being and space biomedical engineering. She is also a co-founder and Medical Director at the International Space Medicine Consortium Inc.

President and Co-Founder of Explore Mars, Inc. as well as a member of its Management Board. Since 2000 she has been involved in the activities connected with space explorations as the President of the Mars Society Netherlands and a member of the Steering Committee of The Mars Society Inc.

He started working at the European Space Agency in 2010. In the ExoMars Rover mission he is responsible for mobility subsystem of a rover which will be analysing biosignatures in Mars subsoil at the depth of up to 2 metres.

He worked as a Project Manager, Chief Engineer and a member of project teams running many industrial and scientific robotics projects, including ExoMArs, DEXHAND (2010-2012) and ROBEX (2013-2017), in which he was a Project Leader. He is the Head of the Planet Exploration Department at DLR-RM.

Director of an international technological corporation, OHB – the third largest corporation in the European space sector which deals with designing and developing space systems and space aviation as well as industrial products.

She has been involved with GMV since 1999, dealing with project management. She was the Head of the Mission Analysis and System Engineering Department and now works as Space Systems and Robotics Executive Director. Before that she had worked in the Software and Simulations Department at ESA. She graduated from the Sapienza University of Rome.

He is a satellite telecommunication systems researcher and engineer. He worked in the Thales Alenia Space project where he designed, among others, access control protocols and traffic control algorithms for satellite communication systems. He was also research and development projects manager for ESA, EU and commercial operators.

Belgian entrepreneur, the Founder and Director at Eatops, which designs, builds and integrates control rooms for coastal units that deal with gas and oil extraction from the sea floor.

John Hall – Senior Advisor to the President of POLSA

Between 1994 and 2017 he worked for NASA where he was responsible, among others, for export control, cooperation with the US government, UN and other space agencies. He played a significant role in shaping the US space law. He was also an advisor on international affairs and NASA commercial space programmes.

President of Planet Partners, author and co-organiser of the European Rover Challenge. He has been professionally connected with the communication sector for 15 years. He specialises in strategic creation, brand communication and effectiveness measurements. Commentator and expert of the space sector in the media. Laureate of the Tiuterra Crystal Award 2017.

Throughout his whole career he has been involved with computer science and running IT projects for the banking sector, public administration and private companies. He had worked for IBM Polska and had been the President of Sygnity and President of the Management Board at ProALPHA Polska. Later he became involved with the Industrial Development Agency where he has been Vice-President since December 2016.

Recognised specialist in the management and strategy field. Throughout his career he advised many companies and organisations, including Nafta Polska S.A., NBP, PKN Orlen, Medicover and City of Warsaw. He is the author of numerous publications on negotiations and management. He deals mainly with negotiations and strategies connected with e-economy.

Co-Founder of the first crowdfunding company for the third sector – fundujesz.pl. He has been the Co-Owner and President in the group of marketing and IT companies for over 15 years.

Expert in the Development and Innovation Office at the Industrial Development Agency JSC. He performs the tasks of a technology broker in the Open Innovations Network project. He is involved in the Office’s operations in aid of the development of Polish space technologies sector.

Paweł Łaski – Expert at the Kielce University of Technology

President of the Regional Centre for Innovation and Technology Transfer Ltd. in Kielce as well as innovations implementation specialist. He was responsible for research projects at the National Centre for Research and Development and the National Science Centre. He has been running the Impuls Science Club, whose members take part on the international Mars rovers challenges in Poland and abroad, for 5 years now.

He was a vice-president of the Industrial Development Agency and an advisor to the Minister of Entrepreneurship and Technology, Jadwiga Emilewicz. At that time, he was responsible for the creation of the Space Technologies Sector Support Programme in Poland and negotiations on Poland’s accession to the European Situational Awareness Programme in Space (EUSST). Since November 2018, he is a member of the Council of the Polish Space Agency.

Author of at least several dozen publications (books and articles published in Poland and abroad) on insurance law, private international law and space law. Her postdoctoral dissertation entitled Space Insurance. International legal aspects was published by Kluwer Law International in 2017. She is a frequent speaker at Polish and international scientific and industry conferences.

Involved with public institutions for seven years, she is an expert at the National Centre for Research and Development where she is responsible for communication and promotion, training courses for entrepreneurs, cooperation with stakeholders and the centre’s brand management.

Member of the Polish Space Agency where he works in the Strategy and International Cooperation Department since 2016. As part of his activities, he participates in the Technology Harmonisation Advisory Group of ESA (ESA THAG), promotes the space sector and supports Polish entities on a national and international scene. He also takes part in activities connected with developing the National Space Programme.

Connected with PIAP Space since 2019. Before that she was Managing Director at Creotech Instruments S.A. and Development Manager in the field of aerospace in the Polish branch of Sener. Between 2006 and 2012 she worked at the Industrial Research Institute for Automation and Measurements PIAP.

To register at Conference, fill the form that is available at our website.