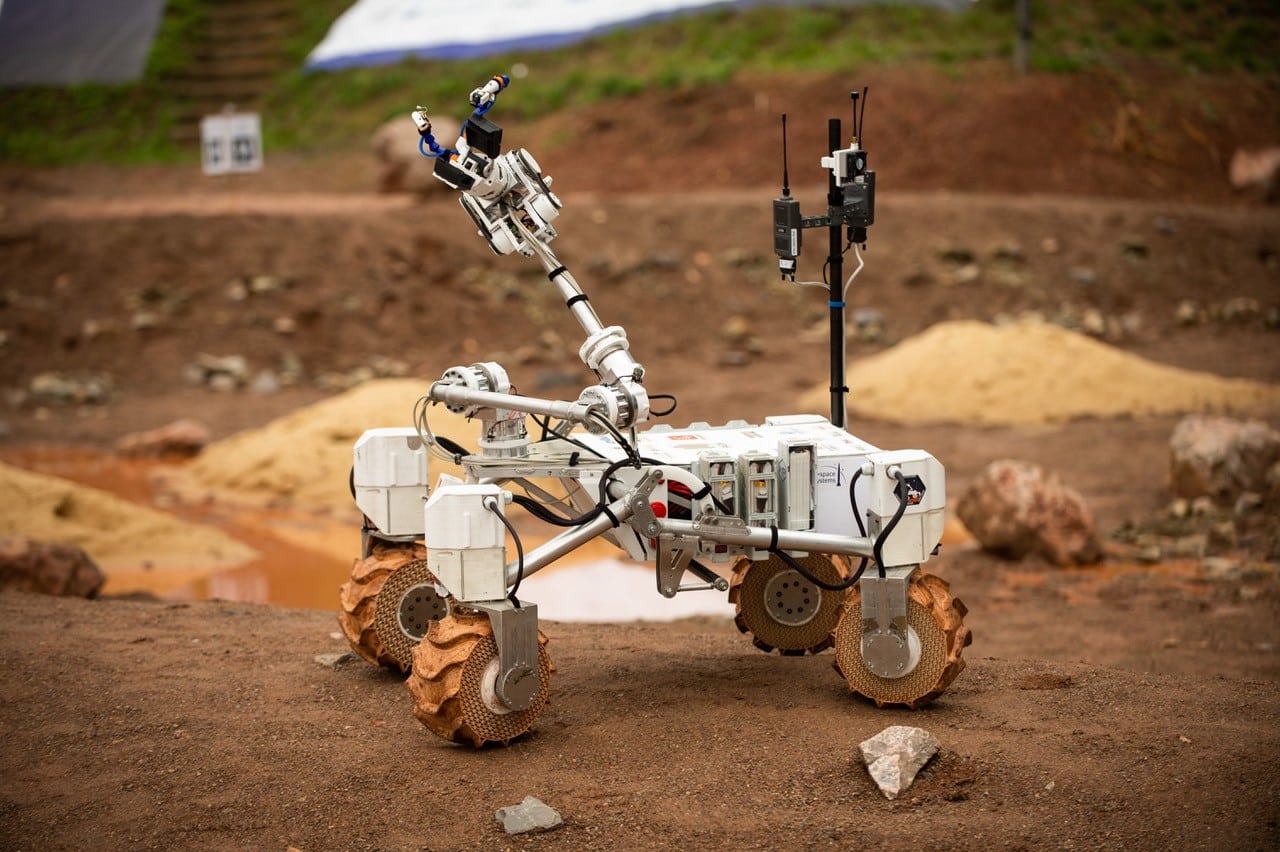 ERC 2022: Introducing the winners of the space competition!

The 8th edition of the European Rover Challenge, the largest space robotics competition, has concluded this Sunday. The incredibly exciting rivarly of teams from all over the world was combined with numerous attractions and surprises. The organizers managed to bring a replica of Neil Armstrong’s spacesuit, the audience could travel to the seabed of the Pacific Ocean, control rovers and walking robots, or meet space agencies’ experts. The yearly attraction was the world’s largest artificial Marsyard, where rover competition took place. The event was attended by the number of visitors gathered on-site and around the world, through broadcasts and live coverage.

The competition included 30 of the world’s best academic teams from almost all continents. This year’s edition was held in two formulas: ON-SITE and REMOTE. The ERC took place on a track, which surface was inspired by a section of the Martian plains Utopia Planitia and Elysium Planitia. The tasks prepared by the judges mirrored the challenges of real Martian missions.

First prizes in the competition were awarded to AGH Space Systems (ON-SITE formula) and DJS Antariksh from India (REMOTE formula). The following places were taken by the teams: second place: EPFL Xplore from Switzerland and Mars Rover Manipal from India, and the podium was closed by the teams: ITU Rover Team and Project RED from Italy. This year, in addition to the three main prizes, extra awards were given for achievements in each category. The main prizes for the winners were sponsored by SENER and Mastercam. Additional prizes were presented on behalf of Thales Alenia Space Italy, Oprogramowanie Naukowo-Techniczne Sp. z o.o., and Pyramid Games – the publisher of “Occupy Mars The Game”

The full list of winners of the ERC 2022 is as follows:

The public of this year’s ERC, in addition to the excitement of the competition, were able to experience educational workshops prepared by exhibitors, scientific experiments and full interaction with space and robotic technologies. The top attractions to the event were: a replica of the spacesuit of Neil Armstrong, the first man on the Moon, and live connection with the crew of the Nautilus research vessel, carrying out an expedition to the bottom of the Pacific Ocean near the United States Papahānaumokuākea National Monument located in the Hawaii area. The youngest visitors spent most time in a special Children’s Zone, where they learned about the universe in a mobile planetarium, built robotic constructions and learned the principles of physics.

Co-organizers of this year’s edition were: the European Space Foundation, Kielce University of Technology and Swietokrzyskie Voivodeship. The role of the Host City of the event belonged to the City of Kielce. The event was held under the honorary patronage of the European Space Agency, International Astronautical Federation and Polish Space Industry Association.

The project is partially financed by the “Social Responsibility of Science” program of the Minister of Education and Science.