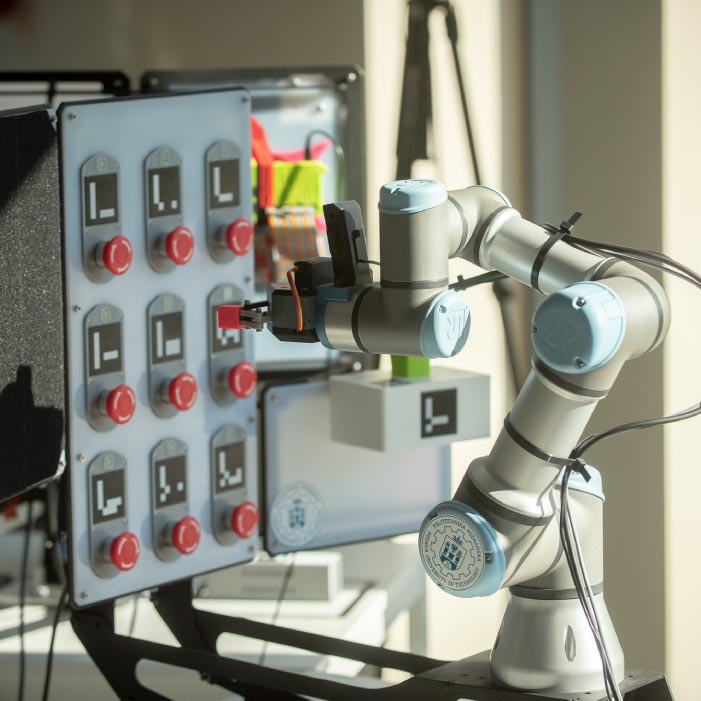 We are working on Mars Rovers at the ERC, but one may say: Hey, you are not sending robots to Mars.

I would say – not yet, but we dream of that. However, one may use the robots we built and the lessons we learned here on Earth in the meantime. The harsh environment resembling space are nuclear power plants, mines, agriculture, forestry, and natural habitats.

A recent project where the mobile robots were used was the inspection of the Chernobyl Nuclear Power Plant. The effort led by the University of Bristol was focused on collecting highly accurate 3D models of the facility. The tests were conducted together with Oxford University and the Institute for Safety Problems of Nuclear Power Plants, Ukraine National Academy of Science, in October 2021.

The other application domain which benefits from space research is underground exploration, where no GPS signal is available. In September 2021, DARPA organized the finals of their Subterranean Challenge. The teams were sending their mobile robots into the unknown. They were tasked to gather the underground map and report the objects found on their way. The winning teams were CERBERUS and CSIRO, which scored an equal number of points. The final results were announced after analyzing the mission times of both teams and were unknown to the very last moment.

Rought terrains where the mobility of the Mars Rovers is exploited are natural environments. The robots are working in agriculture (weeding using laser beams) or forestry (planting trees). However, the latest work is on environmental monitoring. The EU project Natural Intelligence is to inspect dunes, grasslands, forests, and screes. The robots are performing inspections with less harm to nature. This idea was further extended to observing the monkeys in their natural habitats in South Africa in the scope of the Inkawu Vervet Project.

We can see that developing Mars Rovers may lead to exciting applications here on Earth before sending our robots into space.