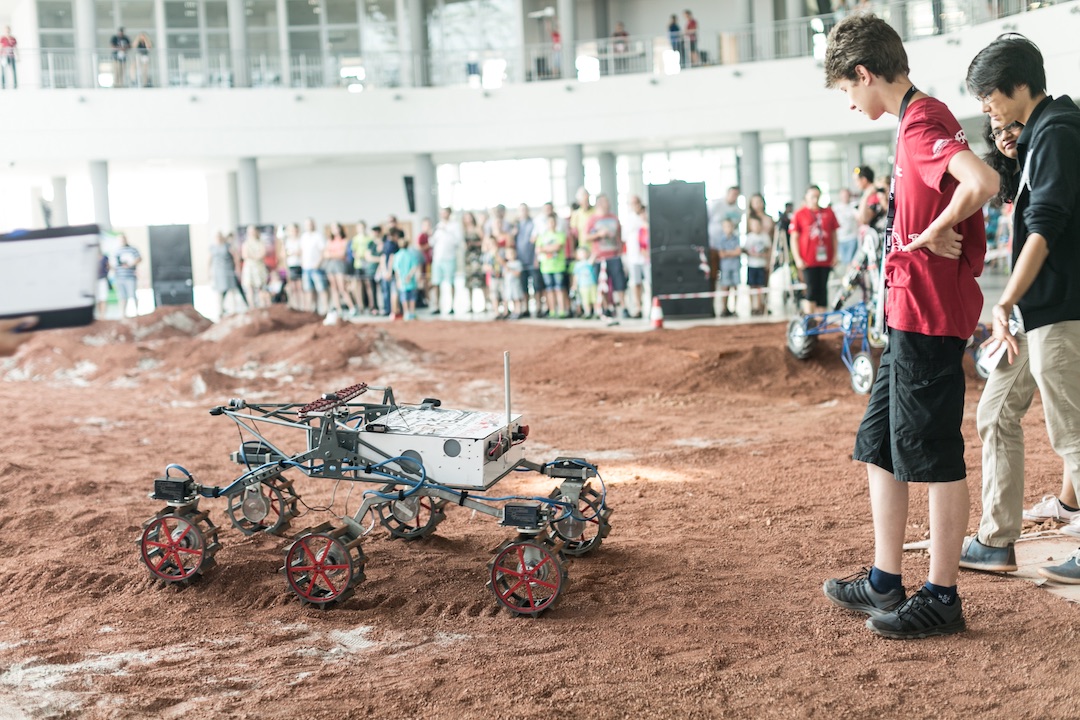 Representatives of the European and global world of science and business interested in applying space and robotics technologies will gather together on the 13th and 14th of September in Poland. The conference accompanies the fifth edition of the international Mars robots competition, the European Rover Challenge. The event will be attended, among others, by Steve Jurczyk from NASA, Gianfranco Visentin, Head of Robotics Department at ESA and PERASPERA Robotics Cluster Coordinator, or Mariella Graziano, Space Systems and Robotics Director at GMV. The participation is free, but registration is mandatory.

The ERC 2019 international mentoring and business conference is addressed to various sectors and companies – both those that already participate in space projects as well as those interested in starting cooperation with entities from this sector. Participants will have an opportunity to talk about joint projects, share their experiences as well as find potential business partners and employees.

ERC is the only event of this kind in Europe where entrepreneurs can meet representatives of space agencies, biggest European companies from this sector, supporting institutions as well as engineers involved in international space projects, all in one place – says Lucas Wilczynski from Planet Partners, the founder and organiser of ERC.

The ERC 2019 conference covers two main topics. The first one is business and entrepreneurship. It will present actual examples of cooperation between companies from the space sector with entities from other industries as well as benefits for local companies that come with the participation in international space projects. This part will also include case studies of applying space technologies in the medical and ICT industry.

The space sector is undergoing a major change. It becomes commercialised and more and more open to private companies. For business it is a double opportunity. On the one hand, various companies can become involved in space projects and on the other hand, apply space technologies here, on Earth – says Ph.D Katarzyna Malinowska from the Kozminski University, co-organiser of the conference.

The second main topic of the conference is robotics, including the development of the European Robotics Cluster, PERASPERA, commercialisation opportunities for academic projects as well as using rovers on Earth, for example in agriculture, mining and uniformed service.

Space robotics is an important, fast growing technological area. It can be seen at the European Space Agency where the European Exploration Envelope Program is one of the flagship initiatives. It works on the Moon and Mars robotics missions such as Mars Sample Return or ExoMars. Robotics is also recognised by the European Commission programmes such as PERASPERA. All the more, such events as ERC play an important educational role and prepare for the participation in European space projects – says Ilona Wojtkiewicz, Development Director at SENER Polska.

The European Rover Challenge 2019 is co-organised by the European Space Foundation, Starachowice Special Economic Zone, Mars Society Polska, Swietokrzyskie Voivodship authorities and Kielce University of Technology in collaboration with the City of Kielce and the Kozminski University – co-organiser of the mentoring and business conference.

The event will be organised under the honorary patronage of the European Commission, European Space Agency, Ministry of Science and Higher Education in Poland which co-funds the event, Ministry of Foreign Affairs in Poland, Polish Space Agency and Polish Space Industry Association. Up-to-date information about the event can be found on www.roverchallenge.eu.