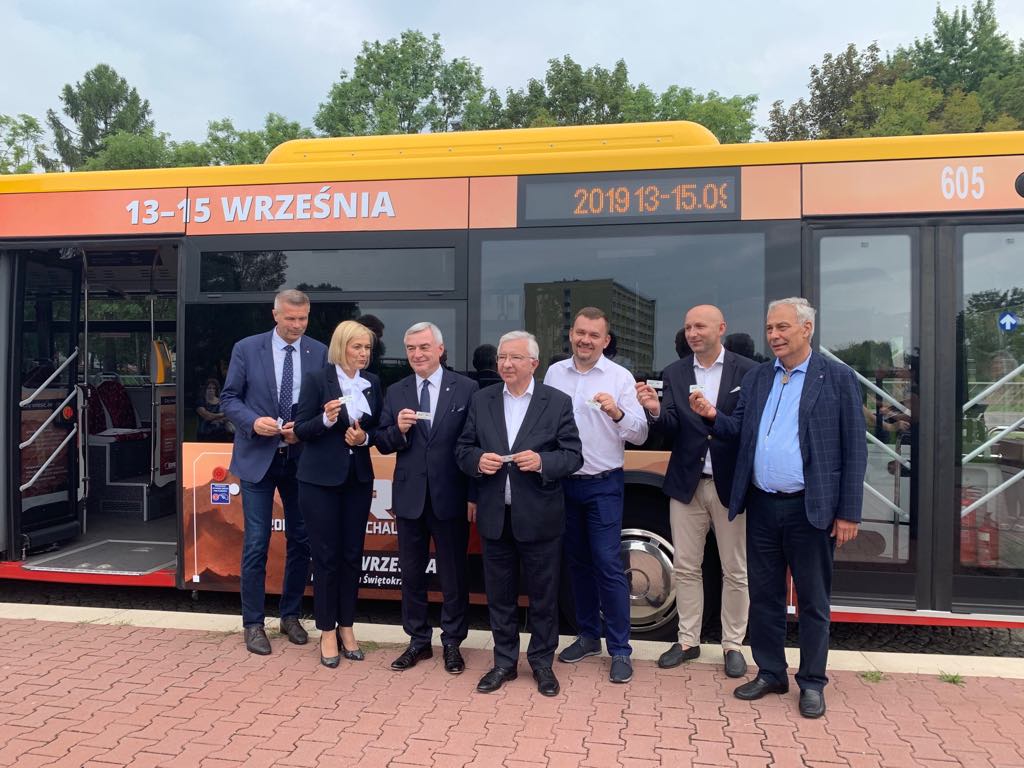 Why the Martian soil has a characteristic rusty colour? How long does a year on the Red Planet last and what Polish devices take part in missions to Mars? To find out the answers to these questions you just have to get on the first Martian educational bus in Poland which got to the streets of Kielce on the 20th of August.

The first passengers of the Martian bus included media representatives and other participants of the press conference that inaugurated the space vehicle’s route. The bus has already got to the city streets as a part of the regular public transport rolling stock which means that from now on it will be running on many different lines. The Martian bus can be found in the streets of Kielce until the 13th of September – the final of the international Mars robots competition, the European Rover Challenge (ERC), which will take place at the Kielce University of Technology.

The challenge as well as the accompanying Science and Technology Show Zone is an open event where everyone can watch rovers competing on a special Mars Yard up close – says Łukasz Wilczyński, CEO at Planet Partners, the originator and author of the educational bus. He adds: The idea behind the Martian bus is to popularise knowledge about the space and graft passion for science in people of all ages. Inside the bus we present many fascinating titbits about Mars which will be interesting for the youngest ones but there is also lots of information about Polish companies that contribute to the space exploration which helps us build awareness of the Polish space sector among adults.

The colours characteristic for the Red Planet dominate both the interior as well as the exterior of the bus. In this way passengers can not only get to know Mars better and find out what Polish instruments are being used in missions to Mars but also feel its unique atmosphere. Riding the Martian bus is a way to provide people living in Kielce with more information about ERC that they will host.

The educational bus is the result of cooperation between Planet Partners, a communication company and a member of the Polish Space Industry Association, ERC organisers and the Kielce Municipal Transport Company.