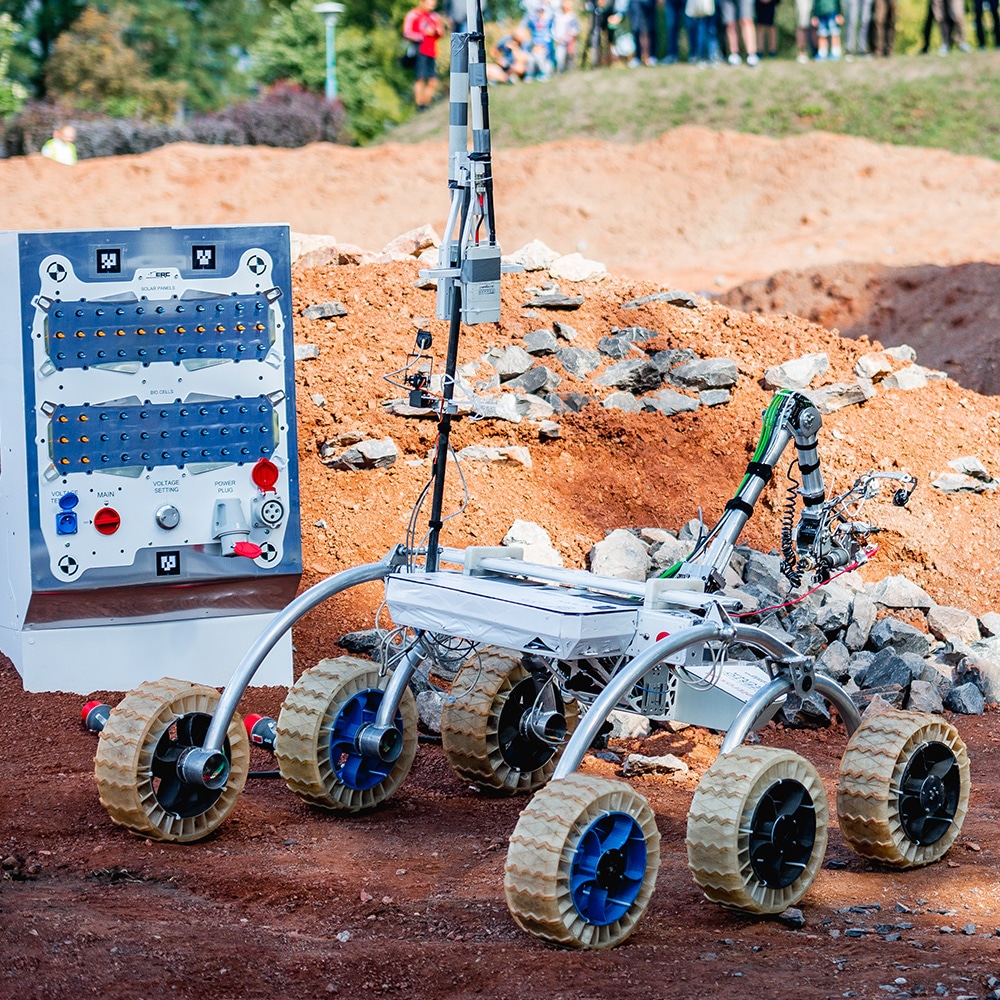 The event that conquers Mars

The European Rover Challenge (ERC) is an annual meeting place for representatives of the world of science, technology and business interested in the development of innovative solutions in the area of mobile and space robotics. The event is very popular and considered prestigious. Recruiters and investors, interested in the latest technologies and robotics, arrive here every year – in search of the most talented people and the most innovative projects. The main event of the ERC is the competition of Martian robots, constructed by teams from around the world.

Where to meet the NASA astronaut?

Since 2014, a whole community has sprouted around the competition, which pursues a truly cosmic mission under the slogan “We empower a New Generation”. The fame and reputation of the ERC have spread all over the world. Twenty-five hundred participants from 6 continents took part in the previous editions of the Mars rover competition. A total of over 100,000 people watched their struggles, and 108 speakers and industry gurus appeared on the ERC stage. The masters that appear at the annual event are world-class experts in various fields associated with the space industry. During previous editions, you could meet, among others Steve Jurczyk – deputy head of NASA, Harrison Schmitt – NASA astronaut and the member of the famous Apollo 17 mission, or Tim Peake – an astronaut of the European Space Agency. 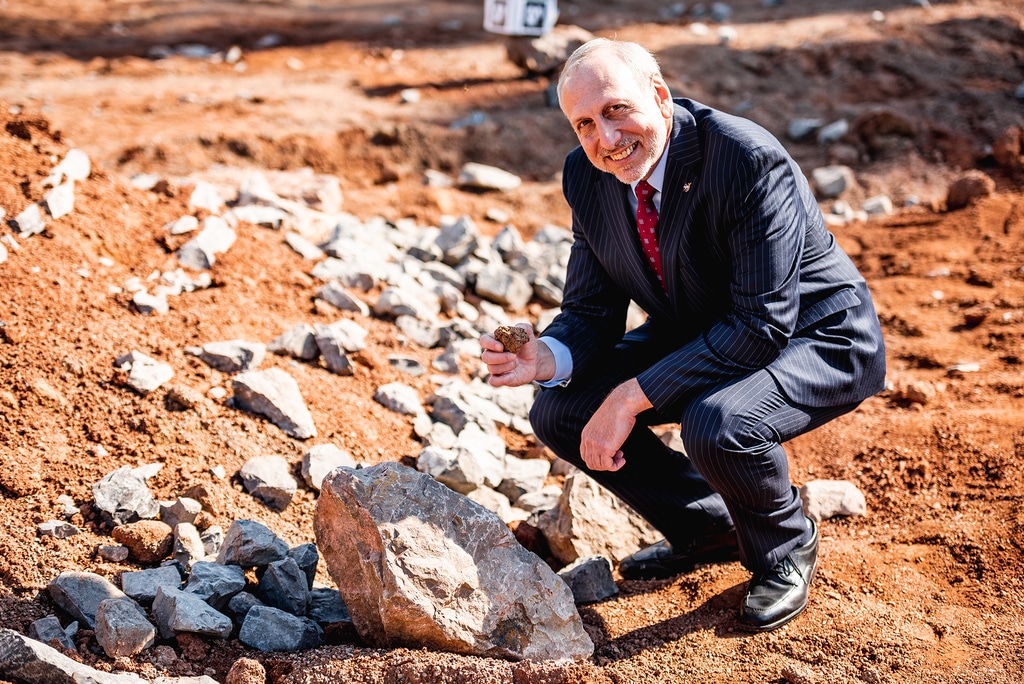 ERC are in fact international meatings of the society that creates the future of the space industry. During the event, not only the competition and lectures, but also networking meetings and workshops are held. Students and enthusiasts learn from each other, and top-notch experts come to the ERC specifically to share their knowledge. To facilitate and streamline this process, the organizers of the ERC created a discussion forum that connects both contestants and other people interested in the space industry. The networking part is also beneficial for companies and potential investors who look for the best projects and the most talented participants at ERC, which is one of the largest events of this type in the world. Thanks to the high level of the Mars rover competition, the competitions organized by ERC allow to single out the best constructors, and give them a chance to present their abilities and an opportunity to continue their career in the space industry.

The ERC competitions, in which teams of robot constructors take part, take place on the track called the Mars Yard. The Mars Yard is a reconstruction of the Red Planet conditions that rovers have to cope with in numerous competitions. The layout and landform where robots fight are carefully thought out and constructed in such a way as to test their capabilities in all possible ways. On the Mars Yard built by planetary geologists and ERC experts – including those from the Polish Academy of Sciences (PAN) – there are craters, fragments of rocks and hills. The competition ruls require rovers to deal with steep slopes and soil of various densities, where they can easily can stuck, and avoid obstacles made of boulders. The spectacular visual effect is intensified by the soil itself, which resembles the surface of Mars which with its composition (high content of hematite) and color. ERC is one of the few competitions in the world where robots constructed by participants compete with each other in realistic conditions of the Mars Yard. 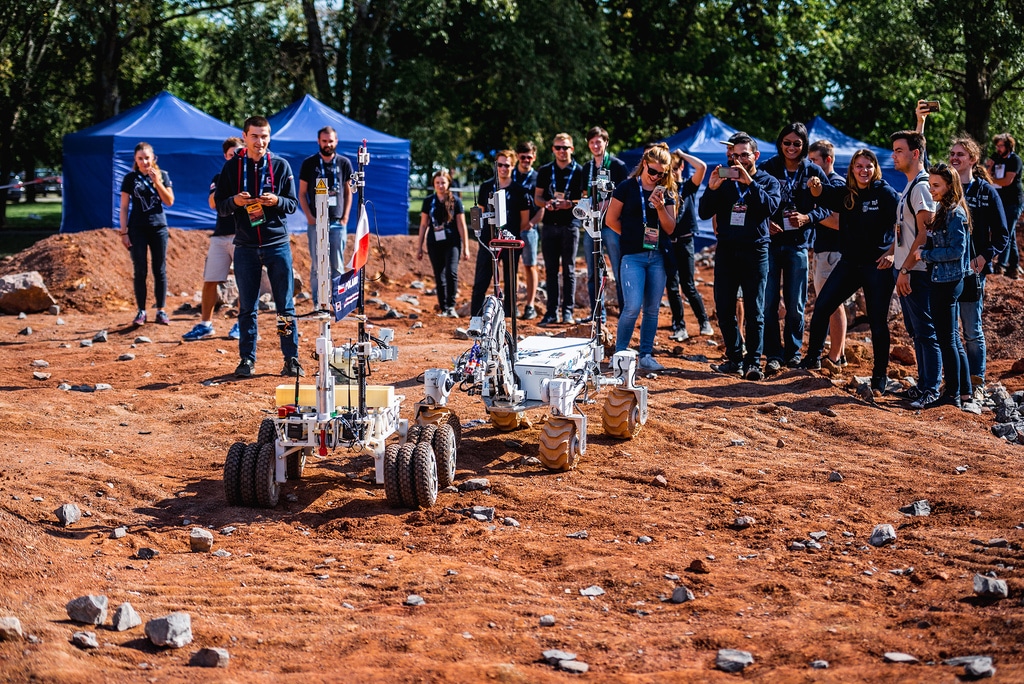 Mars rovers built by competitors must perform difficult tasks indicated by the organizers. Student teams composed of a dozen or so people, including graduates and university researchers from all over the world, work throughout the year, trying to build a Martian robot which will meet the competition requirements. The challenges that Martian rovers have to face during the ERC are considered to be one of the most demanding in this category of competitions. The reason for this is not only the high level of difficulty, but also because the competition rules are designed to realistically mimic the conditions on Mars – e.g. robots cannot use satellite navigation. In addition, the person that controls the robot during the competition cannot be in eye contact with it.

The first task for the robots is to collect soil samples. Among those there must be one sample from the deep layers of the Mars Yard, obtained e.g. by drilling. The rover also needs to properly secure it for further analysis. Next, the robot has to traverse a specified route, and thyen find, collect and deliver to the appropriate point containers that contain samples from three different locations. In addition, the robots are supposed to find the designated points of the Mars Yard without using the camera – they must rely on their operating area map on their own. Finally, the teams present their team members, talk about the various stages of the project and the greatest challenges they have met, and answer the jury’s questions.

The breakthrough year 2020 and the next edition

2020 brought on many difficulties for all industries. All planned events in the space sector were also uncertain. However, the ERC organizers rose to the occasion and for the first time suggested organizing the competition in a hybrid formula. Teams from all around the world controlled the robots that were on the Mars Yard completely remotely – they were often hundreds of kilometers from the rover. That is why the competitions took place in conditions that resembled the real space missions all the more. Both parts of the program, the one devoted to science and technology demonstrations, and the broadcast of the competition itself could be watched in two languages – Polish and English. The broadcast of the online event generated a huge number of views and plays – this was possible thanks to four streaming platforms, three broadcast channels and specially positioned directors.

An additional attraction was an e-tournament, which required the participants to play the role of mechanics repairing and servicing rovers in one of the first Martian colonies in the game Rover Mechanic Simulator.

Already in September 2021, more teams will have the opportunity to compete during the European Rover Challenge 2021. The organizers have re-envisaged the formulas that now enable remote or stationary participation (on-site). The remote formula allows a team to compete in the event regardless of where on Earth the team is during the competition. Completely remote robot controlling makes the teams mimic the real working conditions of Mars rover operator teams even better (e.g., NASA.) Additionally, basing on a virtual platform that reproduces the Martian track down to the smallest detail, the teams will have to create appropriate algorithms and program the robot provided by the organizers during two field competitions. In the on-site formula, on the other hand, the first test for teams is to construct their own rover. Each team competing in the stationary mode must demonstrate great construction skills, not only their programming, mission planning and risk management abilities. On-site rovers must meet a number of technical requirements imposed by the organizers. This is why the teams must be interdisciplinary and demonstrate the ability to cooperate both at the stage of building the vehicle and after arriving at the competition, i.e., when there are even more stress and competition factors. However, it’s obvious that the ERC is not about competition itself, but about creating a common platform for sharing knowledge and experience, a platform that connects different worlds: the space industry sector, business and enthusiasts. ERC 2021 will be unique, that’s for sure. Almost 100 teams from 6 continents signed up for the event – they will compete in the on-site and remote categories. 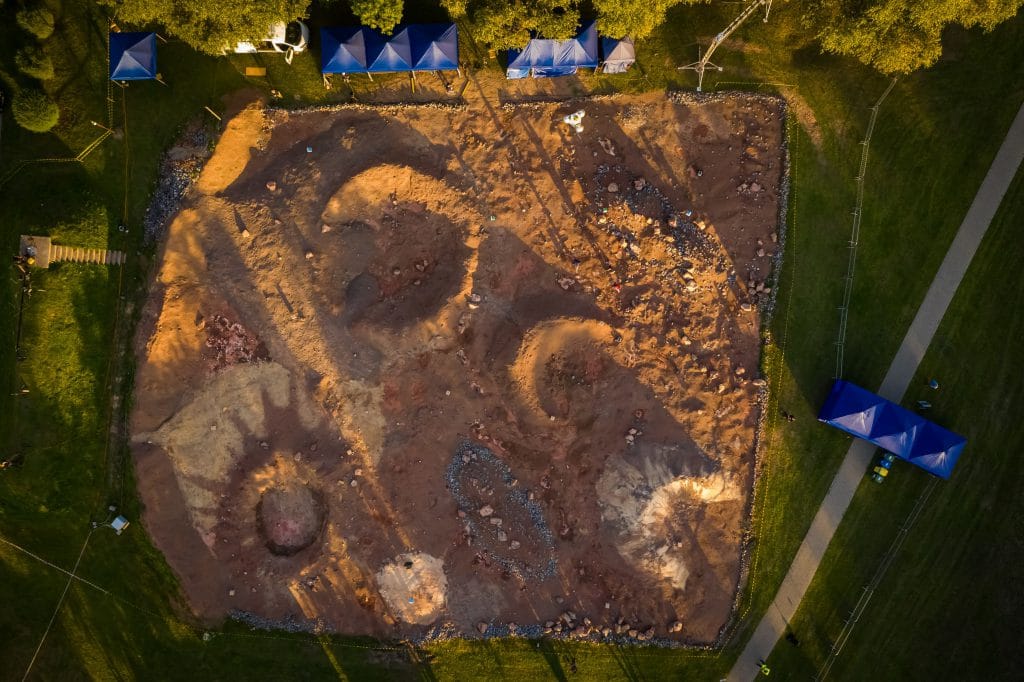