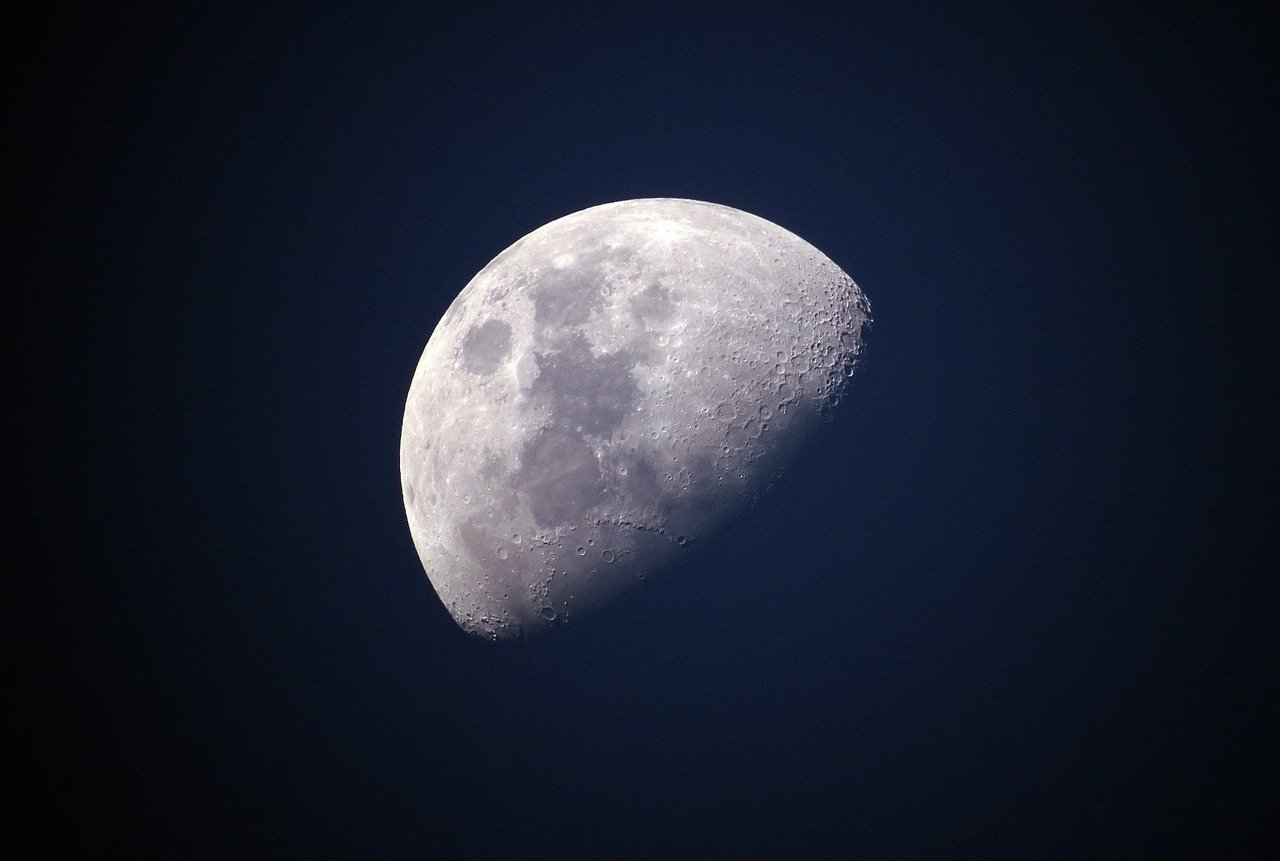 Humans have been dreaming to conquer the Moon for hundreds of years, but it was only in the 20th century that they could get to our closest celestial body. Conquering our natural satellite became an ambitious goal of the Cold War rivalry between the Americans and the Soviets. As a result, it took a man to the surface of the extraterrestrial globe for the first time. It was the Americans who won the race with their most expensive space programme in history, Apollo – its total budget amounted to 25.4 billion dollars. Thanks to this programme, twelve daredevils set foot on the surface of the Moon. To this day they are called “Moonwalkers.” It is worth mentioning that starting with the Apollo 15 mission astronauts were using the Lunar Roving Vehicle. One of its main constructors was Mieczysław Bekker, an engineer of Polish origin working in the USA.

In the near future there are a few robotic missions planned, including the Chinese Chang’e mission and the Indian Chandrayaan-2 mission, which will allow India to join the group of countries exploring the Moon. An interesting piece of information is that private companies and organisations join the race. One of the examples is recent Israeli Lunar mission, Bereshit, which unfortunately ended with the explorer crashing while landing.

WHAT HAVE FLIGHTS TO THE MOON GIVEN US?

First and foremost, apart from pursuing ambitious rivalry policy of two superpowers, the first Lunar missions have brought us incredible scientific benefits, including getting to know our closest celestial body (which, after all, has a significant impact on our planet’s ecosystem) and developing new technologies for individual missions or programmes that made sending a man to the Moon possible. It is these technologies that we should see greatest benefits from Lunar explorations in as it is them that we owe today’s efficient and miniaturised water filters applied in swimming pools, hospitals or production processes; protective clothes for nuclear power plants staff that use solutions from the Apollo programme space suits; or thermal blankets that we use during rescue operations and in building insulation technologies – explains Dr Ilona Wojtkiewicz, Development Director at SENER Polska, who devoted her academic work to space projects commercialisation.

Apollo Lunar missions have also brought us an increase in employment in the space industry as well as a dynamic growth of companies working towards this economic sector. For example, in the peak years of the flagship American space programme NASA increased employment to nearly 34,000 people and cooperated with 370,000 subcontractors. In this way the industry gained access to human resources which, after closing the Apollo programme down and limiting the budget for future NASA programmes, were joining private companies and institutions.

Naming the benefits of Lunar missions, it is also worth mentioning the ongoing research on Helium-3 isotope whose deposits were discovered under the surface of the Moon (especially in its southern part). Dr Harrison Schmitt, the only geologist who participated in the Apollo programme, describes it as a great gift for humanity. It is estimated that the Lunar deposits could be powering the whole Earth for hundreds of years. Dr Schmitt explains that today, despite the enormous estimated value of these deposits at billions of dollars, the costs of preparing Lunar missions are too high, not mentioning the costs of mining for Helium and bringing it back to Earth, preferably in a condensed form. But it is this isotope that is one of the main “engines” of the new Lunar race and can be a fantastic fuel for future missions inside the Solar System.

GOING BACK TO THE MOON TO FLY TO MARS

In recent years the Moon has been on everyone’s lips again – not only in conversations among NASA and ESA engineers but also in official speeches by politicians representing the biggest space superpowers in the world. The beginning of the new Lunar race can be seen quite clearly although this time also private entities take part in it. It is this direction that can be the most ambitious goal of Space 4.0 – the space industry new generation which entails a wider participation of companies in running more and more commercialised programmes and extraterrestrial missions. Looking at the development of the space industry, commercialisation of products and possibilities of future services, the Moon seems a very attractive place as a potential logistics base on the way to Mars but also as a commercial tourist attraction. These are distant ideas and solutions but who knows if it’s not going to be possible on the one hundredth anniversary of landing on this natural satellite.

One of the projects that may become the next milestone in the space exploration is building the Lunar Orbital Platform-Gateway, a new international space station on the extended orbit of the Moon. At the moment, the project involves NASA (USA), ESA (Europe), CSA (Canada), JAXA (Japan) and Roscosmos (Russia). In principle, at the beginning of its operations the new station will be used as a transit point for astronauts exploring the surface of the Moon and at a later stage also for those participating in Martian missions. Eventually, the base is to consist of seven modules: a power module, a supporting European ESPIRIT module (which will be also responsible for the communication with Earth), exploratory and logistics modules, two habitation modules as well as a lock for extravehicular activities. Ultimately, the Lunar Gateway crew is to have maximum 4 people who will spend up to 90 days in the station.

The second interesting direction of the Lunar race is a daring vision of the European Space Agency CEO, the Moon Village. This concept assumes peoples’ constant presence on the surface of the Moon in a custom-built habitat. In its current shape the project seems to be only a way forward where various entities (state, international or private) participate in joint works on the construction of a Lunar base.

Both manned missions from the Lunar Gateway base as well as a potential permanent Lunar base in the future will be supported by the new generation of planetary rovers. As far as the Moon and Mars are concerned, so far we have been and we are still dealing with self-propelled vehicles-laboratories conducting mostly research missions. In the near future it will be necessary to use a more specialised construction for building (for example a permanent base on the Moon) and maintenance purposes. This, in turn, will allow us to use such solutions also on Earth, where we can already see an increased application of robotics in different branches of economy – says Łukasz Powęska, Project Manager at SENER Polska, involved, among others, in making a mechanism powering the European Mars rover for the ExoMars mission.

The organisers of the European Rover Challenge – the international Mars rovers competition – also make their contribution to developing employees for the space robotics industry and creating the new generation of solutions that can be applied on our planet as well. The fifth edition of the challenge will take place on 13-15 September in Poland and SENER Polska will join the jury again. The company’s representatives will also attend the mentoring and business conference organised along with the ERC.

We are simply going back to the Moon because it has measurable economic and technologic benefits. However, there is no doubt that it is Mars that is our next “giant leap.” We should treat Mars as the “north” of the development compass of our interplanetary species that we in fact became on the 20th of July 1969.