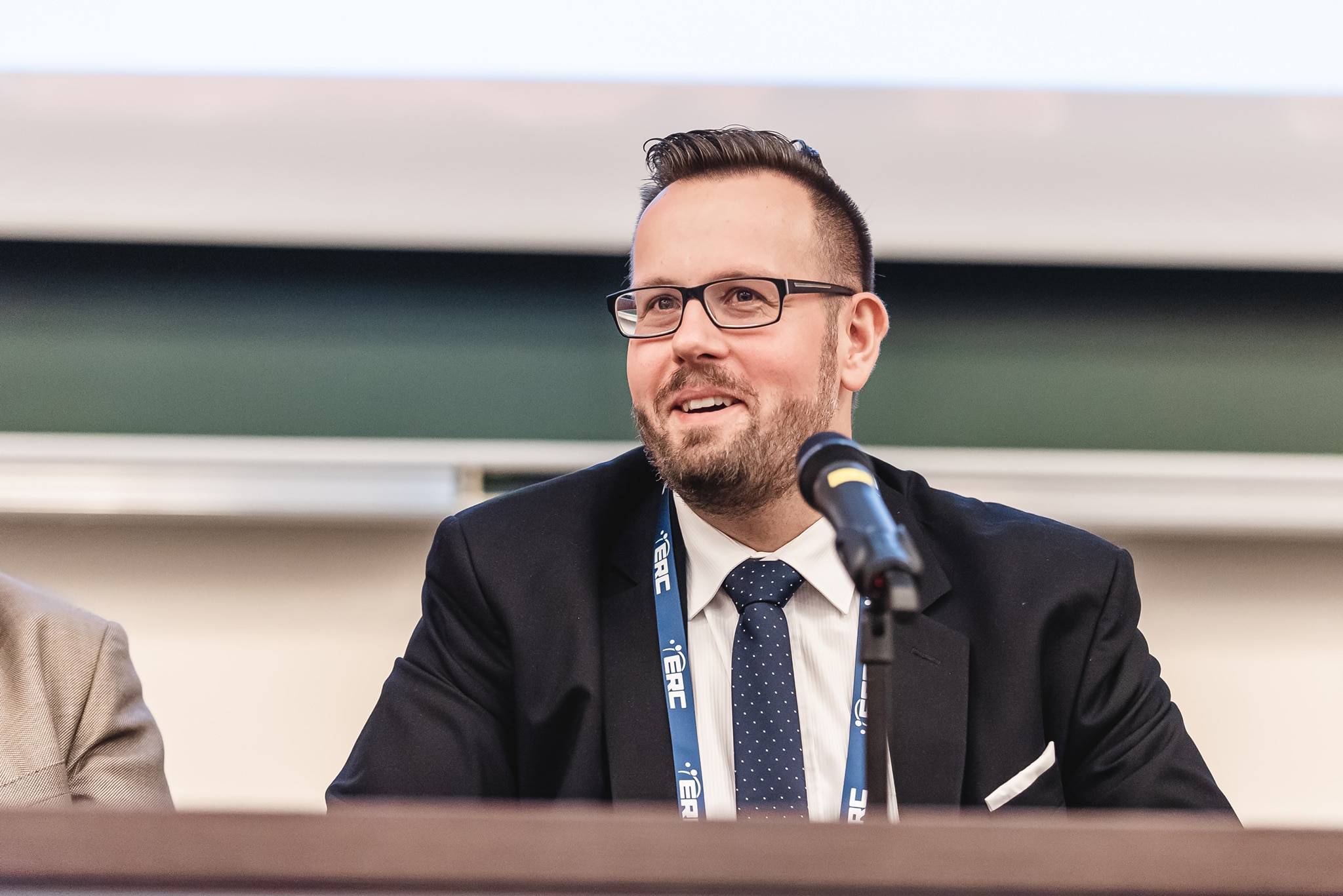 One of their instruments is drilling into the surface of Mars as we speak, the other one will fly as a part of the JUICE mission to Jupiter and its moons in 2022. In the meantime, they pay also more and more attention to the Moon. In its Warsaw headquarters, Astronika carries out projects and creates instruments for the largest scientific missions of NASA and ESA. We asked Michał Szwajewski, the Director of the Office of Projects and Business Development at Astronika, about the company’s contribution to the space business.

Our conversation accompanies ERC 2020, so let’s start with rovers. What technologies would you describe as the most crucial in current Martian missions? Which ones allow us to explore Mars scientifically?

At the moment it is difficult to divide technologies used in Martian / planetary exploratory missions into key and non-key ones. If the mission is to succeed, all subsystems must work. The ExoMars 2016 mission can be used here as an example – one of the subsystems didn’t work, which resulted in the crashing of the lander during landing and creating a spectacular crater on the Mars surface. The second example is the ExoMars 2020 mission, now transferred to 2022, in which parachutes did not work during testing. Theoretically, you could argue that the key technologies are those that are supposed to be used in research, but you need to remember that without the proper operation of basic systems no technologies will fulfill their mission.

Astronika has contributed to the exploration of the Red Planet by creating the instrument HP3, the so-called Mole. Can you describe this project in a few words? What was the work on the Mole like?

The tool we call the Mole is a penetrator which is part of the HP3 instrument. The most important purpose of the Mole is to penetrate under the surface of Mars to a depth of up to five meters to allow the introduction of tools for measuring, among other things, temperature. We have created it in cooperation with Space Research Center at Polish Academy of Sciences and partly with the Warsaw University of Technology, which provided some parts.

A huge role in the work on the Mole was played by the experience of the main constructor, Dr Jerzy Grygorczuk. The German Space Agency (DLR) had problems with designing such a system for NASA and asked Dr Grygorczuk for a consultation which resulted in redesigning the device based on Astronika’s knowledge and experience. The project was carried out under NASA’s strict supervision and under a strong regime of ensuring all quality standards. As a result, we delivered a device for the Martian mission InSight, which has been working almost three times longer than it was assumed in the project. Of course, we encountered some trouble, as we were among the first to try to break into the Martian surface.

Can you tell us more about the ‘trouble situation’?

Yes, as I mentioned before, from a mechanical point of view the Mole works perfectly. All its components have been designed with appropriate safety margins in mind. However, the problem turned out to be the Martian soil which is much looser than NASA assumed. Paradoxically, that makes it more difficult to penetrate.

A similar, but opposite situation took place during the landing on the Moon in 1969. A thick layer of dust was assumed to cover the satellite, but Neil Armstrong noticed at the time of the landing that the surface of the Moon is hard and solid.

While designing the Mole, we assumed that the regolith on the surface of Mars would rather be hard and compacted, but it turned out to be the opposite. For us it is only small drilling under the very surface of Mars, but for future missions this knowledge is crucial and it will benefit greatly the  preparation efforts for future colonization of this planet.

How did you solve the problem the Mole encountered? How can we react to such situations that occur when the equipment sent by the company has problems at a distance of hundreds of millions of kilometers from us on another planet?

In the current situation, as an Astronika company, we cannot do much. Our mechanism is working properly and NASA is trying to push the Mole under the surface of the regolith. We can only hope that below the ground we will encounter more compact rock structures, which the Mole will easily break through. 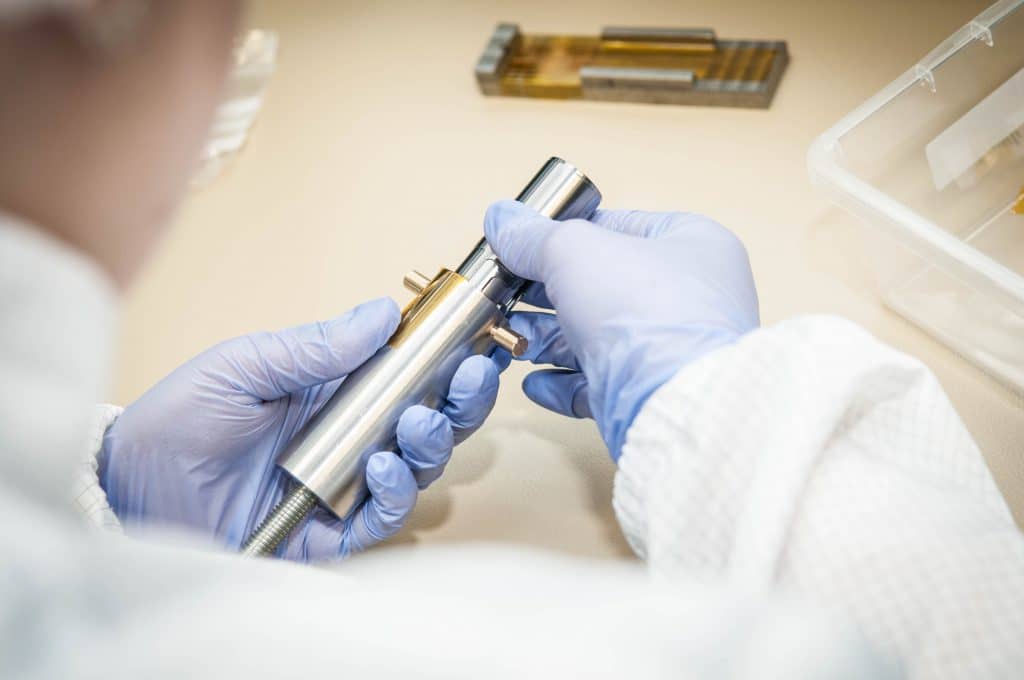 photo: integration of the HP3 mole in Astronika cleanroom

We talk a lot about Mars, but we cannot forget about the Moon, which is the closest celestial body to Earth. What, in your opinion, will be the role of the Moon in further human exploration of the space?

The Moon will play a key role in building knowledge and experience, which will later be used in the exploration of other planets. ESA and NASA programs assume that the first bases established beyond Earth and the technologies created for the exploration of planets, will be tested on the Moon. First of all, the Earth Satellite is much closer than other celestial bodies. What’s more, at least theoretically, we can land on it, although we know that several missions have failed. These two factors make the Moon an ideal celestial body to create a ’test field’ for our technologies.

How would Astronika like to contribute to the space missions related to the Moon?

We have already presented to the European Space Agency several technologies that can be used for lunar missions. Some of them are based on Mole’s experience, others are the result of knowledge gained in other projects. Currently I cannot reveal many details, but we have received a very positive feedback about these solutions.

Currently, we are also a part of a large project for the Luna-27 mission, led by the Russian Space Agency. In cooperation with Leonardo company, we work on lunar rig holding and releasing devices for the mission.

What other projects apart from those already mentioned are conducted by Astronika?

In our portfolio there are currently about 15 projects. A large part of them are flight projects – that result in the creation of devices that fly into space. Examples include the previously mentioned PROSPECT project for the Luna-27 mission as well as booms and antennas for the JUICE mission.

We also carry out a number of projects for small missions based on cubesats, that is miniature satellites. One of the most interesting is a set of developed antennas for the Juventas mission within the HERA mission. This is a very prestigious initiative implemented by OHB. Another interesting project is the RadCube mission, the aim of which will be to study space weather. It is truly groundbreaking, because the small cubesat will perform measurements previously carried out by multi-tone satellites – and this is thanks to Astronika’s antennas!

Another thing worth mentioning is the development of new technologies for commercial markets. This year we have acquired a large project from the National Centre for Research and Development program, under the Fast Space Path. It is called AstroModules and its aim is to develop products for direct use in small and medium commercial missions. We have already received a very positive response related to the implementation of this project and the expected future effects. 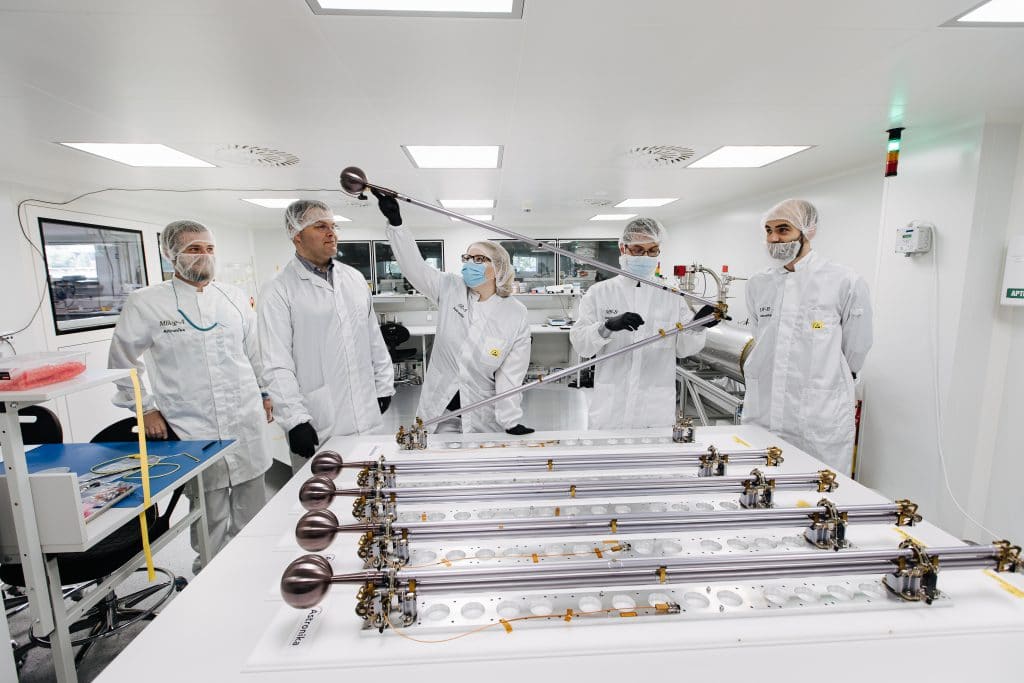 Do you think that technologies developed by Astronika as part of space missions can be used on Earth?

We can definitely see the areas of application of our technologies also on Earth. One example is the developed antennas, which when folded, can fit into a match box, and once unfolded, they reach a size of up to 1.5 meters. Due to their very small size they can be used in reconnaissance military missions. What is important, this layout can also be scaled up. This means that it is possible to make e.g. five-meter poles that fit into a shoe box.

At the moment we are focusing on space projects, but we do not rule out the possibility that a moment when we also look at Earth will come.

Astronika usually offers its technologies as a contractor in international projects. Can you tell us how such cooperation usually looks like? In other words: what path a company has to follow in order to take part in an international mission of ESA or NASA and send its equipment into space?

This is a very broad topic. The most important starting point is to determine what you are good at. You have to ask yourself: what skills I or my company have that can be used in the space industry. The second question is to be aware and have knowledge about the specifics of the sector. I am not surprised that many companies generating profits in the ground industry are not interested in the space industry at all. Many people think that the space sector is associated with huge profits – unfortunately this is a misconception. There is even a saying that if someone wants to make a million in space, they must first invest a billion.

The most important thing, however, is the technology and know-how of the company. ESA is usually open for presentation of already existing technologies, but the way you have to go before it is sent into space is not short or easy.

ERC competitors are young people who are starting their career path. How would you encourage them to work in the space sector?

The space sector is for me the quintessence of engineering. If someone feels the need to create something new and unique, this industry is for them. I also believe that management  here, whether we talk about it on the company level, the project portfolio or the project itself, is at the highest world’s level here. 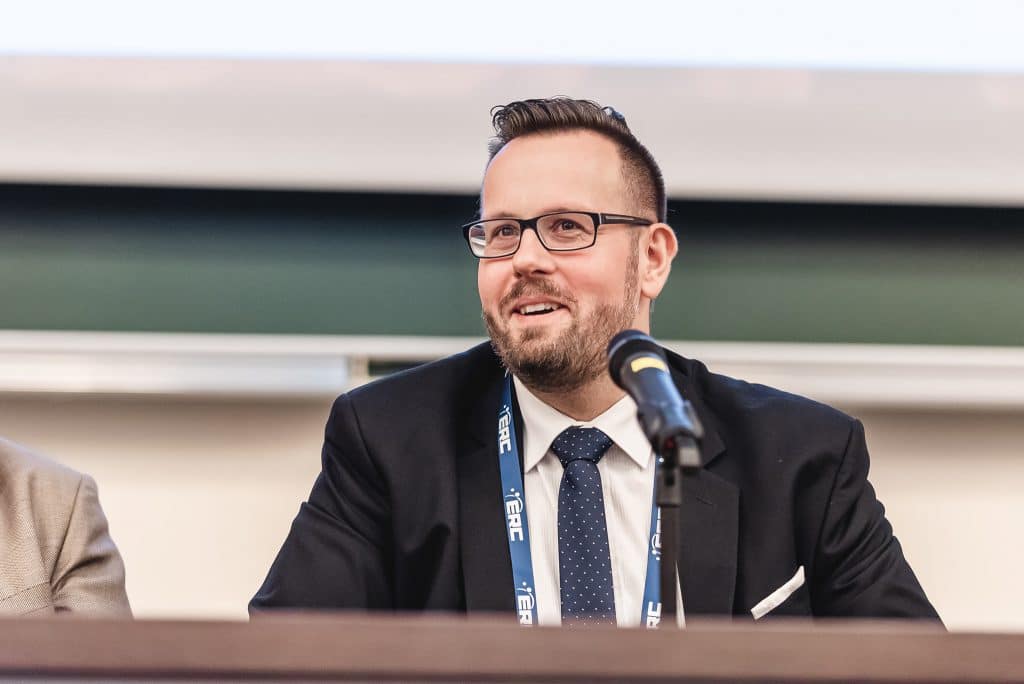 Michał Szwajewski – he started working in the space industry over 10 years ago as a heat transfer engineer at the Space Research Center of the Polish Academy of Sciences, where he supported the design process of the first Polish satellite Brite-PL “LEM”. He then moved to SENER’s newly established Aerospace Engineering Department as an engineer and later as a project manager for projects such as “the umbilical cord” for ExoMars 2020 and MSGE for the Biomass mission. Today, at Astronika, he actively supports the business development department and the design office.

Astronika Sp.z.o.o. – was established in 2013 with the mission of providing reliable high-quality products and services that will meet the current needs and challenges of the space industry. Astronika has achieved the position of a leading company in the Polish space sector, as well as a reliable partner on the European and global market – by implementing dozens of institutional and commercial projects. The main area of Astronika’s activity is the design, construction, integration and testing of mechanical systems. The company specializes in space mechanisms and instruments – in particular geological penetrators, hold-release mechanisms and antenna systems – ultra-light structures, strength analysis and tribological tests.