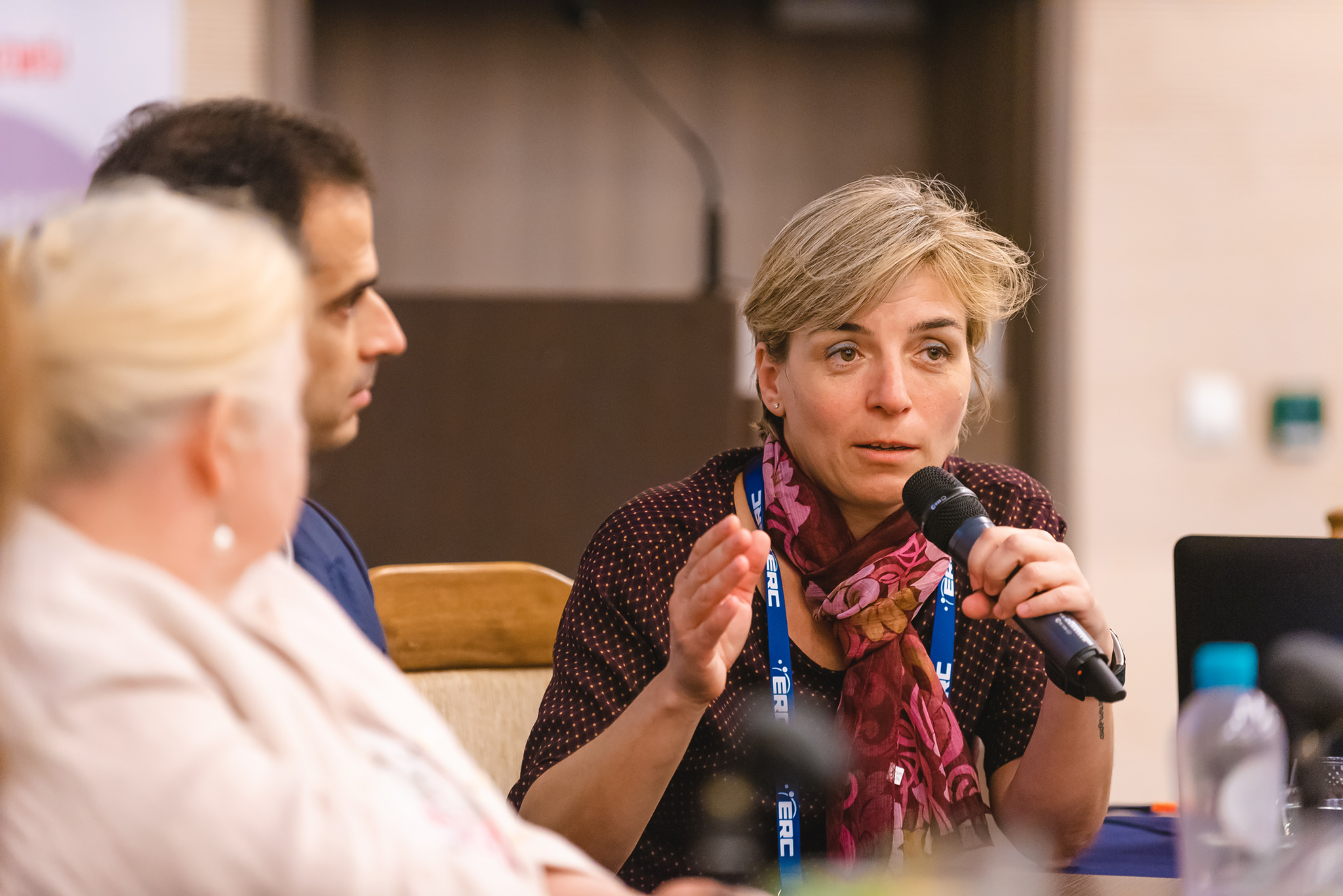 Mars or the Moon? Mariella Graziano about European space sector

Mars or the Moon? It is wise to spend time and money trying to conquer both those places? Wouldn’t it be more beneficial if we concentrate our efforts on one of them?

Space Exploration is a challenging, complex and very expensive endeavor. Any mission scenario is different and similarly challenging from the other. Currently the major space agencies are working towards destinations where human beings could one day live, such as the Moon and Mars. From my point of view both Celestial bodies are important for the future of exploration, for different reasons. The Moon for its vicinity to us and its strong relation with our wonderful planet; Mars being the only planet in our solar system that for distance and basic characteristics could be a realistic target for long-duration space exploration. Nevertheless, and in order to achieve solid results it is very important to synchronize as much as possible the technological developments. If we wish one day to have humans living outside Earth, a clear step no matter the target shall be detailed by scientific characterization and knowledge of the corresponding environments. We still need to understand how to protect our astronauts from the harsh space environment, how to use the planetary local resources for refurbishment or life support, get to know if there has been life on a certain surface and what happened, so on.

What space technologies do we need the most to make the next big move in space? What are the current goals placed in front of designing Martian rovers?

The list of technologies needed for the next big move in space can be very large and different depending on the final target. For sure, launch vehicles are still a limit for space exploration in general, and even more in the case of human space exploration. We are still very young in in situ resources, utilization and exploitation, in radiation protection, etc. Regarding Martian rovers an evident key area is giving them as much autonomy and long traverse capabilities as possible. The latter clearly for a wider access to the planetary surface. Regarding on-board autonomy it is essential to increase as much as possible the scientific return, robustness and reliability, on-board resources optimization, the future collaboration with astronauts, etc.

What an exciting time to work in space robotics sector. What do you consider the biggest human achievements in this field so far?

In order to answer to this question we will have first to define what robotics is. There is a clear tendency of considering calling robotics space rovers only, which is not the case. In this sense the biggest human robotic achievement up to now still remains the human landing on the Moon. Something amazing from the technical point of view has been for sure the vertical landing of Space-X Falcon-9 in 2018.

This year we celebrate the 50th anniversary of landing on the Moon. What do you predict will be the next giant leap for human kind we will have a chance to celebrate in 50 years?

First of all, I hope we will be smart enough to protect our blue planet. I am confident that we will be back on the Moon and we will stay longer. This would be once again a great step for humanity also considering the boundary constraints we have, which are not the same than in 1969. I expect we will operationally learn how to potentially deflect an asteroid in case of a real threat to Earth will occur. I am confident that we will have accumulated enough knowledge of the Martian environment, past, current and future, to have a stable base on the red planet.

Interplanetary trade. Is it just a dream or a feasible perspective? What kind of products could we bring down from the Moon or Mars and when?

From my point of view, and with the actual technologies and associated costs, for the moment the reason to bring back from Moon and Mars product relies is a scientific objective more than a commercial one. There are countries and companies that are working towards the possibility for bringing back to Earth noble metals, such nickel or platinum, from nearby asteroids, but this is still under study.

How do you predict European space sector will develop in the next decade or so? What are the biggest missions and projects currently in progress that you look forward to being developed?

This is a very difficult question. The European space sector is very complex since it is composed by many institution entities: EU, ESA, GSA, national agencies, industries and academic centers and universities. In my opinion, the European space sector needs to try  to be more efficient and coordinate efforts as much as possible leaving a little bit aside part of those constraints, frequently introduced by national interests that do not allow Europe to act as a single entity. It is evident that complex space missions can be possible only under international collaboration agreements. ExoMars, MSR, Orion ESM, AIDA are within the frame of international relations. I personally look forward to see the return of humans to the Moon, the first return of Martian samples on Earth and the first Planetary Defence mission, HERA.

GMV is a technological group with a strong existence in Poland. What does Europe think about Polish contribution in the space industry?

Poland is becoming every day more and more an effective part and successful country of the European space arena. And this is not only for what concerns its participation within ESA’s programme, but also for what concerns its nation-to-nation relation and collaboration. From one side Poland has been incredibly increasing the number of new companies devoted to space activities, especially in the area of robotics, scientific instrumentations, space receivers, mechanisms, Earth Observation, space security and applications. From the other there is a movement towards non-space or defence entities to space ones related with robotics, propulsion or transportation. Based on highly talented engineers from Polish universities, several projects have arisen in the area of new space with nanosatellites platform designed by student teams or university spin-offs in a quite dynamic way showing the growing interest and passion of young engineers to engage into the space sector. 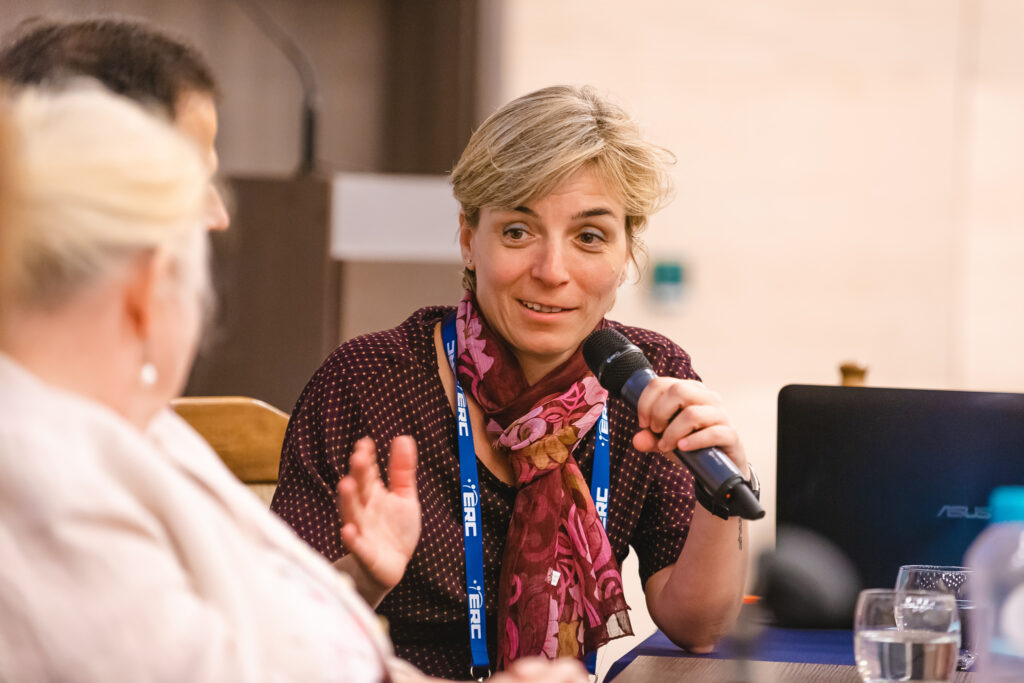 Mariella Graziano. She has been involved with GMV since 1999, dealing with project management. She was the Head of the Mission Analysis and System Engineering Department and now works as Space Systems and Robotics Executive Director. Before that she had worked in the Software and Simulations Department at ESA. She graduated from the Sapienza University of Rome. She took part in European Rover Challenge 2019 as a special guest.