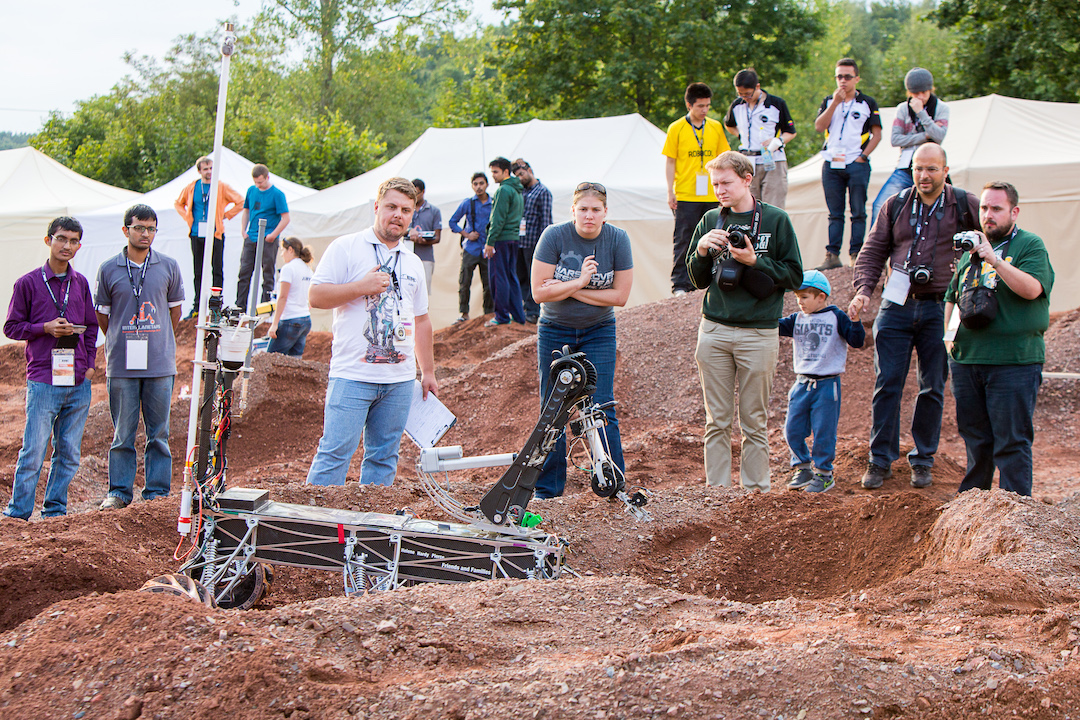 Mars at your fingertips in Starachowice

We are less than a month away from the European Rover Challenge – an international robotics competition. The fourth edition of this event will take place on 14-16 September 2018 at the Museum of Nature and Technology in Starachowice.

ERC is the biggest robotics and space event in the world. Every edition attracts more and more participants – this year’s final will see 50 teams from six continents, including a record number of contestants from Europe, compete with one another. The teams consist of several people who work hard for twelve months to prepare a fully functional Mars rover modelled on the existing Curiosity Rover or the ExoMars Rover, which is to be deployed to Mars in two years.

The event is open and free to the general public. During the European Rover Challenge visitors have a chance to watch Mars rovers struggling up close and take part in numerous scientific and technological shows that bring the space and benefits coming from its exploration closer to the public. This year’s edition also introduces a new thing – a competition for the audience in which its participants have to steer a small Earth rover and go through an obstacle course. An additional attraction this year is an exhibition presenting a fragment of the MARS 2030 space base. This is a project of a living space for manned spacecrafts created by the Faculty of Industrial Design at the Academy of Fine Arts in Kraków. Visitors will be able to go inside and feel like real astronauts.

Every year the ERC organisers invite special guests representing global astronautics. In recent years European Rover Challenge saw such people as Dr Harrison Schmitt – the last person to have walked on the Moon, and Prof. Scott Hubbard – former director of NASA Ames. This year Starachowice will be visited  by the founder of Mars Society – Dr Robert Zubrin, Robotics Manager at the European Space Agency, Dr Gianfranco Visentin, as well as Timothy Peake, the first British ESA astronaut who worked in the International Space Station. The latter will take part in the opening ceremony planned for the 14th of September and talk about his work in the ESA astronaut training programme during a special lecture.

The fourth edition of the European Rover Challenge will take place on 14-16 September at the  Museum of Nature and Technology “Ecomuseum” them. John Pazdur in Starachowice. The entrance to the event is free.