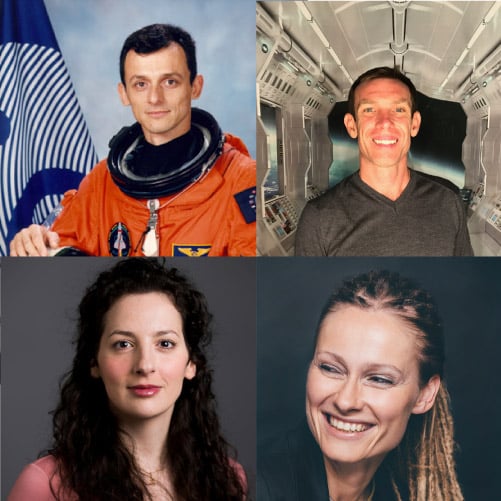 The Spanish engineer’s journey to the International Space Station and back could successfully inspire many Hollywood films’ plots. But before that, Pedro Duque will inspire visitors and participants of the 8th edition of the international Martian robot competition – the European Rover Challenge – with his story. The ERC 2022 finals will be held on September 9–11 in Poland.

This is the umpteenth time that ERC organizers have brought to Poland titled astronauts who have crossed the Kármán Line, the conventional boundary between Earth and space. In previous years, we have hosted, among others, Harrison Schmitt, a NASA astronaut and member of the last mission to the Moon, and Tim Peake, an astronaut of the European Space Agency. These are true legends, so we are not surprised that meetings with them are always very popular and abound with many questions from the audience, says Mateusz Jozefowicz from the European Space Foundation.

An endless source of inspiration

Special guests and an extensive educational offer tailored to different age groups are what have always set the European Rover Challenge apart from other robotics competitions. Visitors to this year’s event will have no reason to complain either. In addition to Pedro Duque, ERC participants will also have the opportunity to meet in person Dr. Gernot Groemer – director of the Austrian Space Forum, Gianfranco Visentin – head of the Automation and Robotics Section of the European Space Agency, or Prof. Grzegorz Wrochna – president of the Polish Space Agency.

Noteworthy is the growing representation of female experts among the event’s special guests each year. In September, we will meet Dr. Reut Sorek Abramovich, an analog astronaut; Dr. Niamh Shaw, a popularizer of space, STEM and STEAM sciences; and Dr. Illaria Cinelli, announced last year by the Italian journal La Repubblica as one of the 100 women who will change the world. In addition, Dr. Adriana Marais, who is developing Africa’s first space mission to the Moon, Prof. Thais Russomano, who is working on aerospace medicine, and Maria Antonietta Perino, Director of Space Economy Exploration and International Network at Thales Alenia Space, among others, will join the ERC studio during the live broadcast. They will participate in debates on future technologies and various aspects of space exploration. The full program of the event can be found at: https://roverchallenge.eu/.

Absorbing new knowledge will certainly be easier when… taking a walk through the Inspiration Zone. On an area of almost 400 sq. m., visitors of all ages will find something for themselves. Four-legged robots, experiments with liquid nitrogen and tastings of freeze-dried food, i.e. food from which water has been removed in the process of creation, will be waiting for them. An inseparable attraction of the ERC competition will also be the opportunity to observe the struggle of student teams on the world’s largest artificial Mars Yard.

Out of nearly a hundred teams that entered this year’s competition, a total of 30 teams from 10 countries qualified for the finals. The list includes representatives from four continents: Europe, Africa, Asia and North America. 19 teams will make an appearance in September with their own rover in Poland to take a shot at the on-site formula of the competition in Kielce. The rest will participate in the remote formula, which means that they will navigate the rover through the Mars Yard from anywhere in the world, using a dedicated online interface.

Fire and ice on Mars

And this is no ordinary Mars Yard. Each year, the ERC science team strives to raise the bar for competitors, while making sure that the geological environment prevailing on the surface of the Red Planet is recreated as realistically as possible. What can participants of the European Rover Challenge expect this year?

There will certainly be a lot of smoke and erupting volcanoes – mentions Dr. Anna Losiak, planetary geologist and chief designer of the ERC’s Mars Yard. She adds: – The area over which the rovers travel is a faithfully mapped field on the border between the great volcanic province of Elysium and the northern plains of Mars. Research clearly shows that these plains once contained an ocean. So, if I were the teams, I would be prepared to drive a rover over terrain shaped by fire and ice. Who knows, maybe the robots will even come across a trace of water on Mars?

The finals of the 8th edition of the European Rover Challenge will be held on September 9–11, 2022, at the Kielce University of Technology in Poland. Co-organizers of this year’s edition are: the European Space Foundation, Kielce University of Technology and Swietokrzyskie Voivodeship. The role of the Host City of the event belongs to the City of Kielce. The event is held under the honorary patronage of the European Space Agency, International Astronautical Federation and Polish Space Industry Association.

The event is supported by media patrons: RMF, Polish Press Agency (PAP), My Company Polska, Space24, kosmonauta.net, SpaceWatch.global, Astrofaza, Polish Science Fiction Foundation, Naukowo TV, Crazy Nauka. The project is partially financed by the “Social Responsibility of Science” program of the Minister of Education and Science. Admission to ERC 2022 is free of charge.