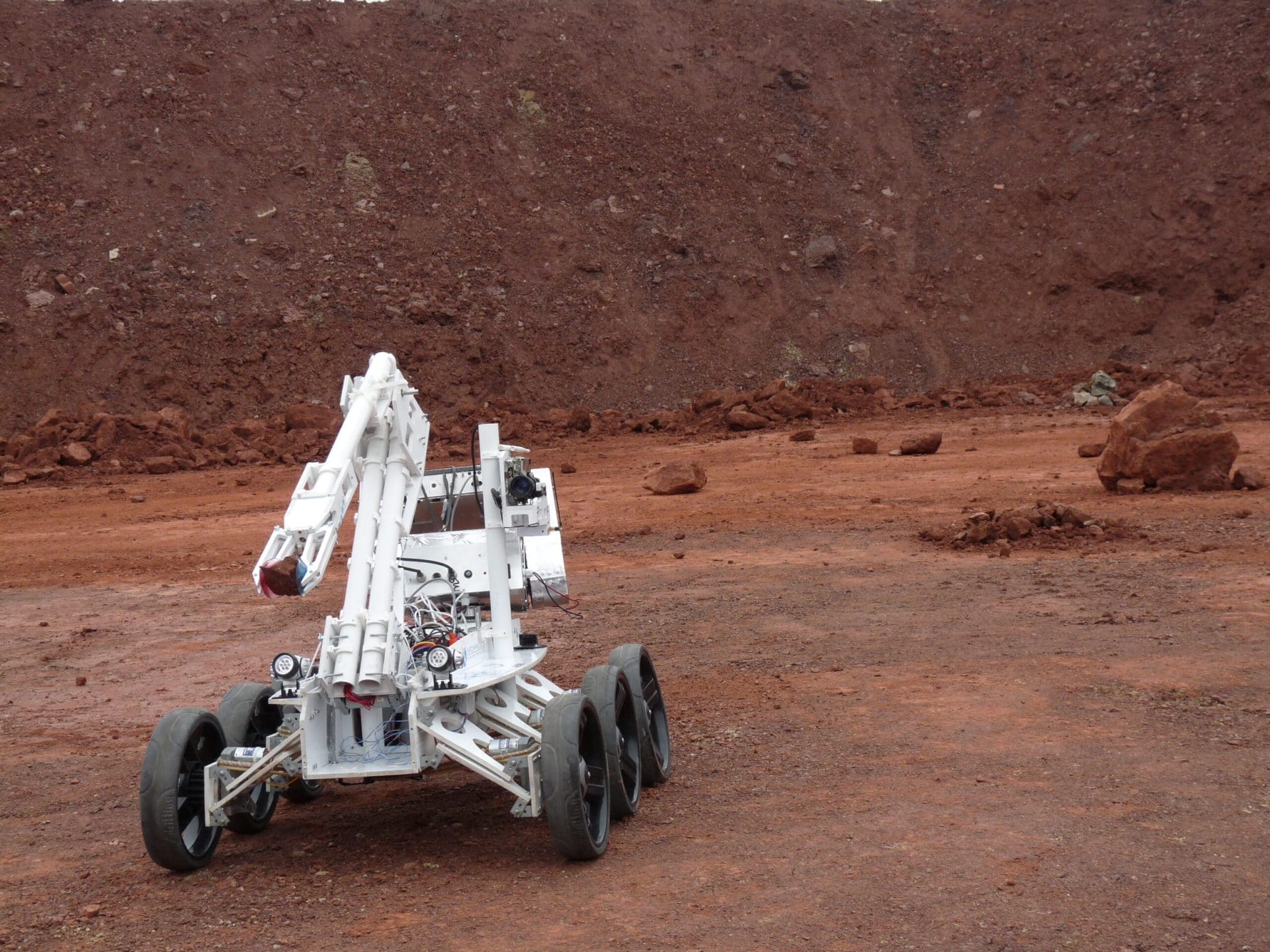 The European Rover Challenge 2014, an international Mars rover contest, will be held in Poland in September. It will be accompanied by a Convention attended by world class space researchers, as well as a Science-Technology Picnic. The trio of events is hosted together thanks to the hospitality of the Świętokrzyskie Voivodeship.

The hosting of ERC 2014 in Poland was first announced in autumn, at the European Mars Society Convention in Paris. The Challenge will be held at the Regional Science-Technology Centre in Podzamcze (near Chęciny), from September 5th to 7th. Detailed information can be found on the Challenge website: www.roverchallenge.eu.

“Simultaneously with the Challenge, we’ll host an European Mars Conference on the topic ‘Humans in Space’, intended for experts who share the vision of a manned flight to Mars, as well as for other professionals (e.g. members of the space industry, the medical industry, academics from other fields), and entrepreneurs. Everyone will also have a chance to see many different experiments and scientific demonstrations in the tents of the nearby Science-Technology Picnic. There’ll be something for audiences of all ages and tastes.” – says Mateusz Józefowicz, Chairman of Mars Society Polska, the ERC organizers.

The main event, the Challenge involving analogues of Mars rovers, is a competition for teams of students and recent graduates of higher education institutions, who, with the help of their faculty, try to first design and build and then, in September, field the best rover. The core of the Challenge are four practical tasks: a science task involving obtaining and analyzing samples, a “blind” navigation task, in which the team will have to guide the rover to a certain destination using just GPS coordinates and no camera input, and two engineering tasks that will require using and repairing equipment. During all of the tasks, the teams will have to control their rovers without seeing them directly.

“The ERC is a European variation of the prestigious University Rover Challenge, organized in the USA by The Mars Society – a contest that has seen a number of successful Polish teams.” – explains Adam Jarubas, the Marshall of the Świętokrzyskie Voivodeship. “We are very happy that this year the students can compete in Poland, at our Regional Science-Technology Centre. The project fits right into our Regional Innovation Strategy.” – he adds.

The European Rover Challenge 2014 is organized by Mars Society Polska, in cooperation with Planet PR, the Marshal Office of the Świętokrzyskie Voivodeship, the Regional Science-Technology Centre in Podzamcze near Chęciny,  ABM Space Education, and the Austrian Space Forum.